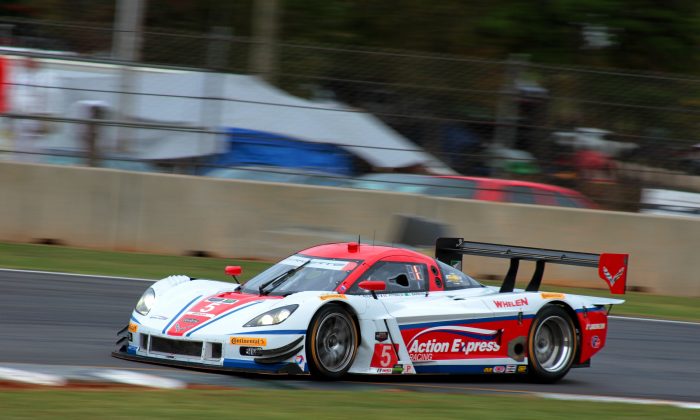 Qualifying ran smoothly until the Prototype-class cars took the track for the final 15-minute session. Almost immediately the #42 Oak Racing Ligier-Honda driven by Alex Brundle pulled off the track exiting Turn 10b, his transmission refusing to shift.

After a short red flag, qualifying resumed, but not for long: Tristan Nunez in the #07 Mazda diesel slid off course at Turn Three, to be T-Boned moments later by Brian Frisselle in the #9 Action Express car, who came over the crest of the hill blind and also off course. Neither driver was injured, but both cars’ crews will be up late making repairs.

The race will be streamed live in its entirety on IMSA.com. Television coverage starts at 3 p.m. on Fox Sports 2, running continuously through the podium ceremonies. A two-hour race recap will air Sunday morning at (possibly) 8 a.m. on Fox Sports 1 or your local Fox affiliate.