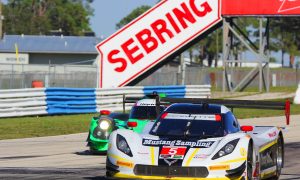 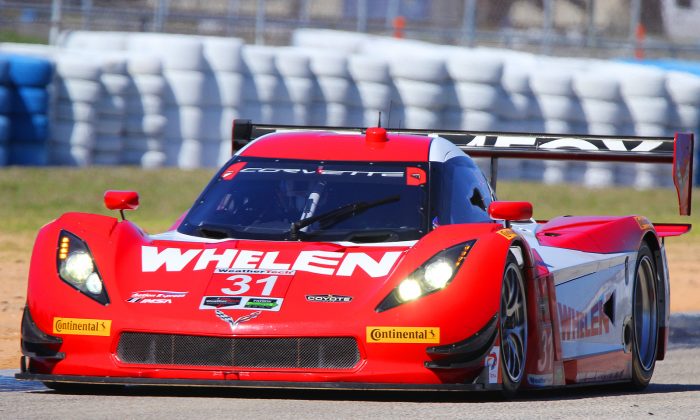 SEBRING, Fla.—Action Express Racing has not only demonstrated its intention to win the IMSA WeatherTech 64th Mobil 1 Twelve Hours of Sebring, the team had demonstrated its ability to do so.

The #31 Action Express Racing/Whelen Coyote-Corvette DP was the fastest car on the track for the third time in four practice sessions Friday morning; its sister car, the defending champion #5 Coyote-Corvette, was quickest Thursday afternoon.

Dane Cameron set the quickest time of the four sessions, lapping the 3.74-mile, 17-turn Sebring racetrack in 1:52.135 at 120.070 mph in Friday morning’s session. Filipe Albuquerque in the #5 car was second quickest at 1:53.226, ahead of Olivier Pla in the #60 Michael Shank Racing Ligier Honda, repaired after its bad crash in Thursday’s night practice.

Bill Auberlen in the #25 BMW Team RLL M6-GTLM was quickest in the GT-Le Mans class. Antonio Garcia in the #3 Corvette Racing C7.R was next; Toni Vilander in the #62 Risi Ferrari 488 GTE was third in class.

The top twelve cars in GT-Daytona were within a second of each other. Spencer Pumpelly topped the class with a lap of 2:02.263 at 110.123 mph in the #16 Change Racing Lamborghini Huracán GT3, ahead of Richie Stanaway in the #98 Aston Martin Racing Vantage GT3 and Mario Farnbacher in the #23 Team Seattle/AJR Porsche 911 GT3 R.

Core Autosport continued its sweep in the Prototype Challenge class, with Colin Braun setting quick lap. Stephen Simpson in the #85 JDC-Miller Motorsport Oreca and Tom Kimber-Smith in the #52 PR1/Mathiasen Motorsports Oreca were second and third.

Qualifying starts at 3:30 p.p. Friday, with each class getting fifteen minutes to set its best lap.

The 64th Mobil 1 Twelve Hours of Sebring starts at 10:40 a.m., Saturday, March 19. Tickets are available at the gate or via IMSA.com or the Sebring Raceway website.