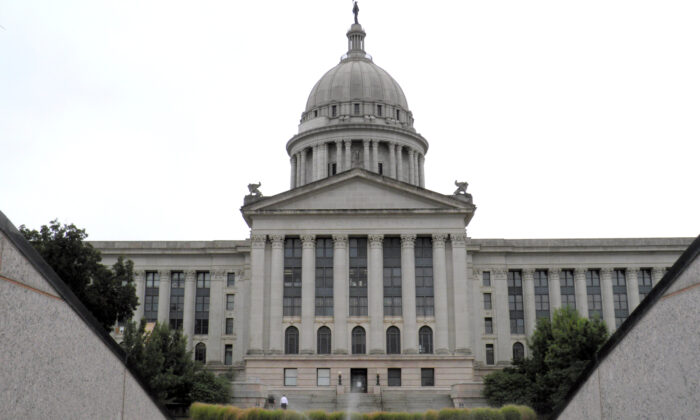 A coalition of progressive advocacy groups and individuals, led by the American Civil Liberties Union (ACLU), is suing Oklahoma over a state law that bans schools from teaching students they are “inherently racist, sexist, or oppressive” because of their race or sex.

“Oklahoma is one of eight states across the country that have passed similar laws aimed at censoring discussions around race and gender in the classroom, and this is the first federal lawsuit facially challenging one of these statewide bans,” the Oklahoma chapter of ACLU said in a press release.

At the center of the lawsuit is House Bill 1775, which became law in May. While the bill doesn’t mention critical race theory by name, the Republican lawmaker who framed it said it is meant to block the teaching of the key premises of the Marxist ideology, including the concepts of “implicit bias” and “inherent racism due to one’s skin color.”

Specifically, the law bans schools from teaching ideas including that “an individual, by virtue of his or her race or sex, is inherently racist, sexist or oppressive, whether consciously or unconsciously,” or that anyone “should be discriminated against or receive adverse treatment solely or partly because of his or her race or sex.” It also bans teaching students that they should feel “discomfort, guilt, anguish or any other form of psychological distress” because of their race or sex.

“This bill will in no way stop the teaching of history or anything currently in our Oklahoma education standards, including curriculum that shows historical examples of racism or genocide,” said state Rep. Kevin West, the author of HB 1775. “This bill simply says that teachers can’t force a student to answer that they are inherently racist or sexist or that they must feel personally responsible for things perpetrated in the past by people of a similar race or gender.”

In its complaint, however, the ACLU alleged that the law not only violates students’ and educators’ First Amendment right to have “honest conversations” about race and gender, but also prevents students from “having an open and complete dialogue” about U.S. history from the viewpoints of historically marginalized people.

As a result of the bill’s passage, according to the complaint, teachers are avoiding terms such as “diversity” and “white privilege,” and school district administrators have removed “texts by black and women authors from their reading lists … while leaving in place texts by white and male authors.”

The groups are asking the court to declare the bill unconstitutional based on the First and Fourteenth Amendments, and to issue a preliminary injunction that would immediately block the bill’s enforcement.

“We bring this case to vindicate the rights of Oklahoma teachers and students and to protect the integrity of our educational institutions,” said Megan Lambert, legal director for ACLU of Oklahoma.