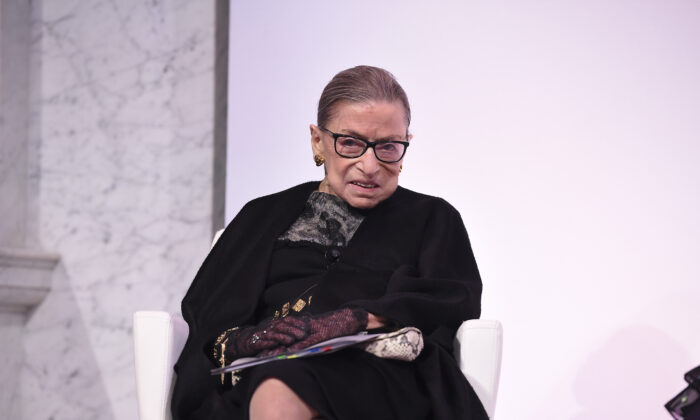 The quote in question was from Ginsburg’s Supreme Court confirmation hearing before the Senate Judiciary Committee on July 21, 1993:

“The decision whether or not to bear a child is central to a woman’s life, to her well-being and dignity. It is a decision she must make for herself. When government controls that decision for her, she is being treated as less than a fully adult human responsible for her own choices.”

When the ACLU posted the message on Twitter, however, the words “woman,” “she,” and “her” were replaced by “people,” “they,” and “their.”

The altered Ginsburg quote received widespread criticism on social media, with many arguing that it is absurd to pretend that historical figures were more progressive than they actually were by changing the speech they used.

In a statement to The New York Times, ACLU executive director Anthony Romero said it was a mistake to put words in Ginsburg’s mouth.

“We won’t be altering people’s quotes,” he told The NY Times’ Michelle Goldberg. “It was a mistake among the digital team. Changing quotes is not something we ever did.”

That being said, Romero still tried to defend the move, saying that it “was not a mistake without a thought,” and that women are not the only ones who get pregnant and seek abortions.

“Having spent time with Justice Ginsburg, I would like to believe that if she were alive today, she would encourage us to evolve our language to encompass a broader vision of gender, identity and sexuality,” he told Goldberg.

Goldberg, however, noted that there was a specific reason for Ginsburg, a feminist icon, to use the word “woman” at that time. She also found similarities between the ACLU version of Ginsburg’s quote and George Orwell’s political novel “Nineteen Eighty-Four,” in which historical records are constantly rewritten, destroyed, and fabricated according to the whims of a totalitarian regime.

“It’s somewhat Orwellian to rewrite historical utterances to conform to modern sensitivities,” Goldberg wrote. “Changing Ginsburg’s words treats what was once a core feminist insight—that women are oppressed on the basis of their reproductive capacity—as an embarrassing anachronism.”