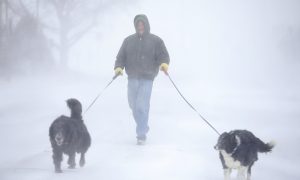 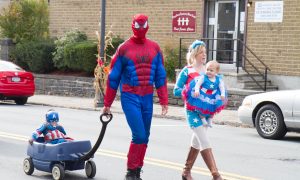 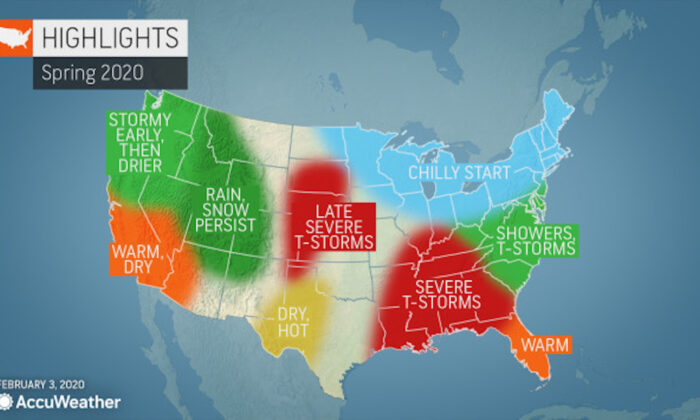 Map showing region-by-region forecast for 2020 from Accuweather on Feb. 3, 2020. (Accuweather)
US News

Many parts of the United States could see a delayed start to spring this year, with a prolonged winter season forecast in some areas, and others seemingly skipping ahead to summer weather, meteorologists have said.

In an AccuWeather report on Feb. 6, forecasters said they are predicting seasonable winter weather in most places across the United States which could drag on “possibly even beyond the official beginning of spring.”

The chance for snow in the Northeast, Great Lakes and Ohio Valley is likely to linger into mid-spring, while the Southeast can expect a couple of months of wet and stormy weather.

Get a complete region-by-region breakdown for the upcoming spring season with @accuweather‘s US spring forecast: https://t.co/JnyB6XcM3z pic.twitter.com/XRUX5zFL8k

“It looks to me like cold and snow combined could linger this year before we see a break by mid-spring,” said AccuWeather Expert Long-Range Meteorologist Paul Pastelok.

Most regions in the Northeast, Great Lakes, and Ohio Valley won’t see a climb in temperatures until April, Pastelok said, with snow cover persisting particularly in Vermont, New Hampshire, and Maine.

Meanwhile, rain mixed with snow will be experienced across the the I-95 corridor from Washington, D.C., to Boston, stretching the regions’ winter-like weather into late March.

Pastelok warned of “severe weather events” frequenting areas in the Northeast and mid-Atlantic, including Pittsburgh, Cleveland and Philadelphia, while the eastern Ohio Valley, Tennessee Valley and Southeast could see planting delays due to regional rainfall.

This spring, the Southeast should expect a wet weather pattern, stormy conditions, potential flooding, with most rainfall taking place in the first half of the season.

“We’ve already seen a pretty active southern jet stream with a lot of storms. I think that continues into the spring season and that’s going to lead to some flooding,” the forecaster said.

Calmer weather is predicted for May, however, before then, the Gulf states and the Tennessee Valley could be frequented by severe storms, which could cause a “couple of big events” for cities such as Atlanta, Birmingham, Alabama, and even Jackson, Mississippi, Pastelok said.

Planting delays could hit the Upper Midwest and northern Plains, particularly in the Red River Valley, Pastelok warned, due to a combination of wet weather and snowmelt.

However, areas in the southwestern Plains, including areas from Dallas and Oklahoma City on westward, can expect to experience dryer spells, with summer-like temperatures in cities from El Paso to Dallas.

“I think those areas will end up missing out on a lot of big systems, unlike last year. These systems, we think, will tend to head farther north this year,” he said.

Above-average temperatures will be felt largely across the West this spring, Pastelok said, adding however that dry conditions and rising temperatures in Southern California could be of concern.

“There are some drought concerns this spring, especially for Southern California,” Pastelok said. “If we don’t start to see any precipitation here on the back end of the winter season, Southern California will get drier much quicker than expected.”