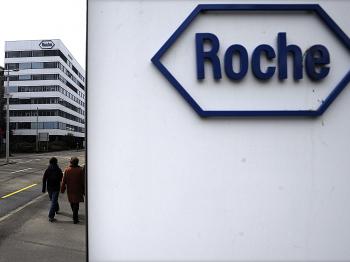 Accutane Lawsuit Settled out of Court

By Ian Ritz
Print
A patient who sued Roche after using the company's Accutane medication settled out of court. The patient had sued Roche after suffering from an inflammatory bowel disease that was allegedly caused by the acne drug. The case is one of many that involve Accutane users who developed unwanted side affects after taking the medication.

Jason Peipert filed a lawsuit against Roche after suffering bowel inflammation that was reportedly caused by Accutane. Peipert started taking Roche’s Accutane to treat his acne but ended up seeing a doctor for bowel disease. His claim is not the only complaint made against Roche for their Accutane medication, as close to 1,000 other cases have been documented to date, reported the Newsome Law Firm.

Peipert has agreed to drop all legal action against Roche for their distribution of Accutane and will be paid an undisclosed amount of money. Roche will evade any criminal charges surrounding the case as well.

Roche has lost the last six court cases involving patients taking Accutane. The company has paid $56 million to patients who were harmed by unwanted side effects caused by the acne medication. One of the biggest cases, involving a patient from New Jersey, cost the company $26 million.

Accutane carries special requirements when prescribed to patients and comes with a lengthy list of associated side effects, which include suicidal thoughts, depression, inflammatory bowel disease, birth defects, and liver damage.

This is not the only report of Roche being involved in questionable business practices. Roche was nominated by the Public Eye Awards earlier this year and won two “anti-Oscars” for their suspected involvement in the illegal organ-harvesting market in China.

Organizers from the Public Eye Awards stated that Roche knowingly assisted with medical supplies used for illegal organ harvesting in China. Organs are being removed from prisoners, many of whom are prisoners of consience that are being unlawfully detained and executed in China, as documented in last year's book Bloody Harvest: The Killing of Falun Gong for Their Organs.