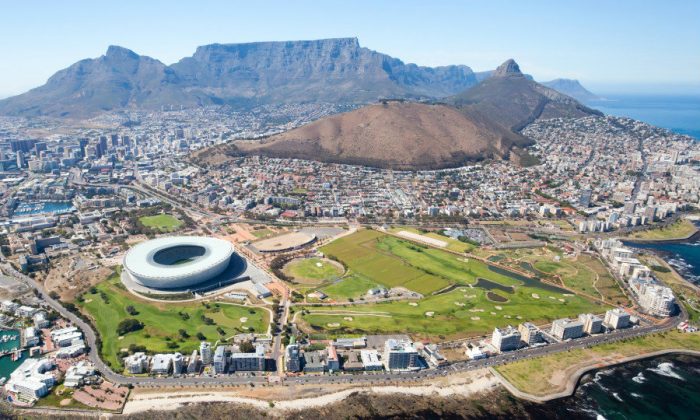 Accounting for a World Cup

When soccer’s world governing body FIFA announced in August 2000 that future World Cup hosting duties would be rotated by continent, the decision seemed like a victory for countries outside the game’s traditional elites. Earlier that summer, favorites South Africa had controversially lost the hosting rights for the 2006 World Cup to Germany. At the time, no African nation had hosted the tournament, and no nation outside of Europe and North America had done so for more than two decades. Asia was only about to receive its first opportunity, with the 2002 World Cup slated to take place in Japan and South Korea, but the Germany decision suggested Europe’s stranglehold was still firmly in place—and in need of addressing.

South Africa became the first beneficiary of rotation, winning the rights to the 2010 World Cup, and hosting an event that was widely lauded—infrastructure projects were completed on time, the tournament attracted more than 300,000 tourists, and the wave of crime predicted by naysayers never materialized. In awarding the tournament to a developing country, FIFA, so frequently criticized for its own excesses, seemed to have turned a new leaf.

In fact, South Africa seemed to have benefited from hosting the World Cup by all but one vector of success: the accounting sheet. After $5 billion in outlays – equivalent to half of South Africa’s annual healthcare budget – the tournament generated revenues of just $500 million. A brief spike in employment in the country’s construction sector subsided when major infrastructure projects were completed. South Africa’s economic bounce, widely foretold by consultants and lobbyists prior to the tournament, was more of a splat.

Worse still, the country’s financial losses actually continued over time. Take the long-running infrastructure costs associated with Cape Town Stadium, the 55,000 capacity arena built from scratch, at a cost of about $600 million, to host the city’s allotment of World Cup matches. In the four years following the stadium’s completion, maintenance costs outstripped revenues by a factor of 4:1, with net losses over that period amounting to about $40 million. While one of the city’s soccer teams has subsequently moved into the venue, it’s hardly affecting the stadium’s balance sheet: supporters rarely fill the first tier of seats, and ticket prices start at just $4. Some locals have even suggested that the stadium should be demolished, so that maintenance funds can be put to better use.

Why did Cape Town get stuck with a costly, unsustainable stadium? The problem, it turns out, wasn’t lack of foresight from local officials. In fact, two other existing stadiums were proposed to host Cape Town’s games: one in an economically depressed region of the Cape Flats called Athlone, another in the wealthier suburb of Newlands. Renovations at either venue might have been more sustainable for local taxpayers: Athlone is already a regional soccer hub, while Newlands regularly hosts sold-out rugby matches. And Athlone would have benefited particularly from the injection of tourist euros and dollars that comes with hosting World Cup soccer matches.

Instead, FIFA president Sepp Blatter insisted that Cape Town’s stadium be built on the city’s picture postcard Atlantic seaboard. The decision, by all accounts, was motivated purely by aesthetics, but for reasons never made clear, President Thabo Mbeki and his cabinet took sides with Blatter. Members of Mbeki’s ANC party at the provincial and local level were ordered to ditch Athlone and Newlands, and when the ANC lost its mayoral seat in 2006, the city’s new mayor was told that Cape Town would lose its status as a host city if it attempted to revisit the issue.

Cape Town’s experiences seem symptomatic of the bigger problem: once a country like South Africa has secured the World Cup, FIFA can bully and maneuver its way around local economic considerations. FIFA’s bottom line comes first. Even as South Africa was hemorrhaging money over the 2010 tournament, FIFA was earning billions in television rights, sponsorship, and marketing sales.

Now it’s Brazil turn. The country has spent upwards of $12 billion – three times more than South Africa – on a four-week tournament that is set to bring in FIFA’s largest ever cash windfall. The scale of spending has even prompted widespread protests.

Meanwhile, under pressure from Europe and North America, FIFA has subsequently abandoned its World Cup rotation policy. It may be the best thing that it’s ever done for the developing world.