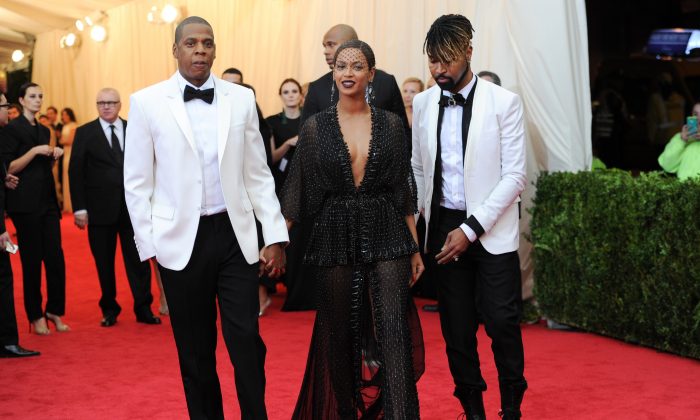 According to Beyoncé’s Dad, It’s All Just a Publicity Stunt

In a recent interview with Houston’s 104.1 KREB Beyoncé’s father, Mathew Knowles, openly revealed that Beyoncé, Jay Z, and Solange Knowles have been using a “Jedi mind trick” to boost their ticket and record sales.

According to the Huffington Post, this is what Knowles had to say about the rumors surrounding the couple:

Everyone has been talking about the recent rumor that Jay Z and Beyoncé are headed for divorce, and even though those rumors were somewhat put to a rest with Beyoncé’s acceptance speech during the MTV VMA’s, there’s still speculation that the two are on shaky ground.

The same as everyone heard or seen the recent scandal leaked in the form of an elevator security cam recording showing Beyoncé, her older sister Solange, and Jay Z in a brawl. Although it was mainly Solange trying to punch Jay Z for unknown reasons, the suspiciously long elevator ride seems to be a PR stunt that worked in Solange’s favor as her record sales skyrocketed afterwards.

This security video was recorded on May 5 and leaked on May 12, while Beyoncé and Jay Z’s “On The Run Tour” was struggling with ticket sales and needed a push before the first show in Miami on June 25. As Billboard reported, the ticket sales were much stronger towards the end.

Then the Knowles family released a statement saying that all three of them are dealing with their issues privately, again making the elevator incident seem more believable.

There was even a scam circulating on Facebook that Solange reportedly found a video proving that Jay Z was cheating on Beyoncé.

Let’s keep in mind, that even if all three singers admit fault for staging any of the alleged incidents, they still walk away richer than before.