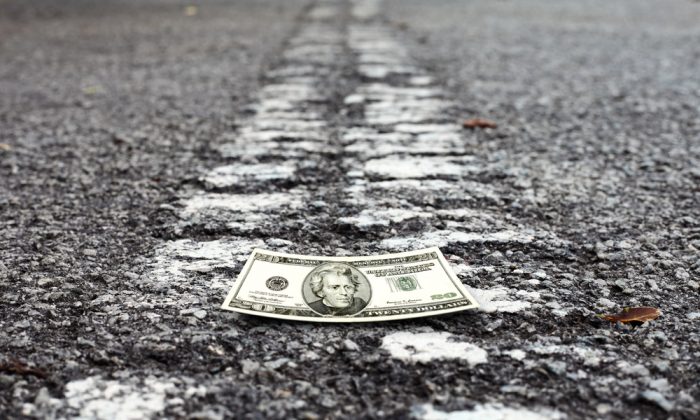 A vehicle accident on 1-74 near Mahomet, Illinois, spilled cash all over the highway on Jan. 23, 2018. (Shutterstock)
US News

Accident in Illinois Spills Cash All Over Highway

Money doesn’t grow on trees, but sometimes it can be found on the ground.

That was the case on Tuesday, Jan. 23, when a highway in Illinois was closed for about an hour as people picked up cash that had been spilled during an accident.

Both cars ended up in the median, and another vehicle, a Ford SUV, swerved to avoid them and ended up hitting a guardrail.

The black vehicle was carrying cash for a video-gambling terminal company and during the crash, the cash spilled all over the highway, state police said.

The driver of the Ford SUV was taken to the hospital for non-life-threatening injuries.