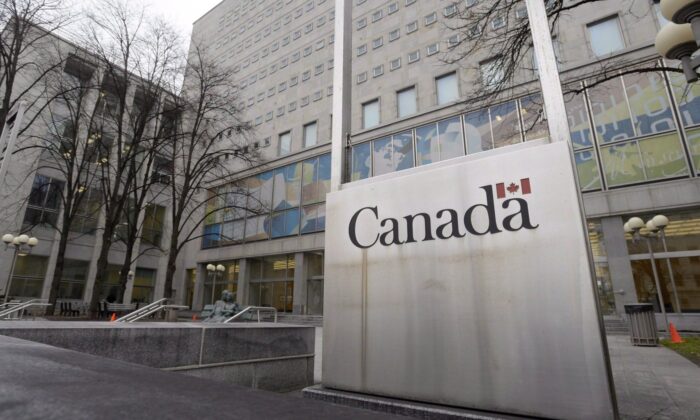 A Government of Canada sign sits in front of a Library and Archives Canada building next to Parliament Hill in Ottawa on November 25, 2014.(The Canadian Press/Adrian Wyld)
Canada

A new report says Library and Archives Canada is frequently failing to answer formal requests for historical records in a timely way.

The special report by information commissioner Caroline Maynard, tabled in Parliament today, says almost 80 percent of the requests handled by the national archives did not meet time-frames set out in the Access to Information Act.

The report says there has been significant and growing public criticism of Library and Archives by academics, researchers and journalists over the excessive wait times.

Maynard points to two key problems—time-consuming consultations between the archives and other agencies on what information can be released, and the lack of a governmentwide framework for declassifying sensitive records.

She says Heritage Minister Pablo Rodriguez has agreed to implement most of her recommendations to remedy what she calls the bleak state of the archives’ Access to Information program.

However, Maynard adds she is disappointed by an apparent unwillingness make concrete and positive improvements.