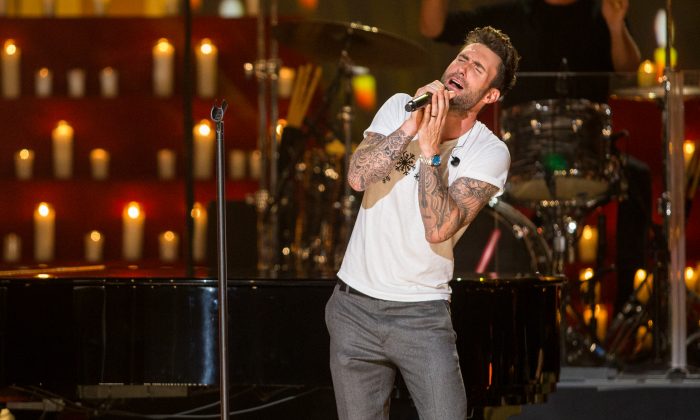 Adam Levine of Maroon 5 at The Shrine Auditorium in Los Angeles, Calif., on Nov. 18, 2014. Levine is the Academy's first pick to sing "Lost Stars" at the 87th Oscars. (Photo by [Paul A.Hebert/Invision/AP)
Entertainment

Frontman for Maroon 5 Adam Levine, is the Academy of Motion Pictures’ first pick to perform the Oscar-nominated song Lost Stars at the 87th Oscars on Sunday, Feb. 22, according to the Oscars website.

Lost Stars nominated for Original Song was written by Gregg Alexander and Danielle Brisebois for the film Begin Again.

The movie, written and directed by John Carney and starring Levine, tells the story of a shameful music executive who meets a young aspiring singer in Manhattan.

Levine and Matt McAndrew performed the song live for the first time on The Voice’s seventh season. Actress Keira Knightley performs the song in the film.

“Adam Levine is an exceptional and dynamic artist. We’re thrilled to have him make his Oscars stage debut this year,” said Zadan and Meron are quoted as saying.