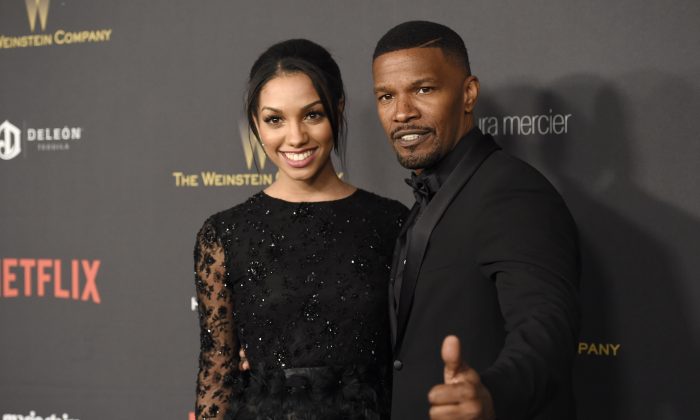 Academy Award winner Jamie Foxx—who is hosting the Oscars this year—criticized Will Smith for his announced boycott of the event.

Jada Pinkett Smith and Spike Lee were among the black actors and directors announcing a boycott, and Jada was soon joined by her husband Will Smith.

“We’re part of this community but at this current time, we’re uncomfortable to stand there and say that this is OK,” Smith said, referring to the fact that all of the top 20 nominees this year are white.

Foxx disagrees that black actors were snubbed because they’re black, saying they need to ‘act better.’

But Foxx disagrees that black actors were snubbed because they’re black, saying they need to “act better.”

“All these Oscar talks, I don’t even trip about that. I mean, what’s the big deal? I was sitting at home with my Oscar, like ‘What’s all the hubbub?'” Foxx said at the American Black Film Festival Awards in Beverly Hills this past weekend, reported the Daily Mail.

“‘My friend said, ‘Are you mad?’ ‘Um, kind of, but not really. ‘I started calling Denzel [Washington], and we just Instagrammed our Oscars together.”

Foxx also made fun of the Nigerian accent Smith adopted for his role in the film Concussion. Smith’s lack of an Oscar nomination was perceived by some in the black community as one of the major snubs that led to the boycott, but Smith himself said him not being nominated didn’t influence his boycott decision.

It’s all about the art. Who cares about anything else?
— Jamie Foxx, Oscar winner

Foxx later explained why he doesn’t care so much for the “Oscars So White” movement.

“I was with Sidney Poitier just a couple weeks ago, and in 1963 all he asked for was an opportunity to act,” Foxx said. “That’s all we have to do, opportunity. If you turn the camera on and say ‘OK . . . win an award . . . and action,’ we’ll all have taken, like, 10 steps back. It’s all about the art. Who cares about anything else?”