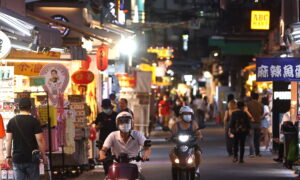 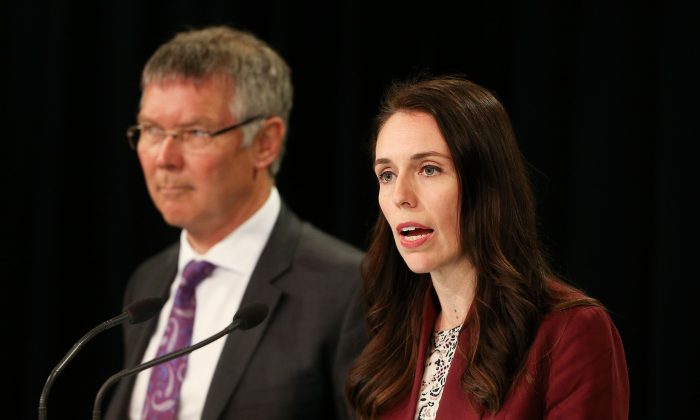 The request comes amid reports of intimidation and threats against Anne-Marie Brady, a China critic and Canterbury University politics professor, the ABC reported.

In an open letter to Ardern published Nov. 26, 29 academics and groups such as Amnesty International banded together as signatories in support of Brady after she experienced months of harassment following the publication of her paper “Magic Weapons” (pdf) in 2017. Brady’s paper was published by the Wilson Center, a highly recognized think tank based in Washington.

Brady’s paper examines how New Zealand is being targeted by the Chinese Communist Party’s (CCP) influence agenda, which according to the Wilson Center website, “is a core task of China’s United Front work: one of the CCP’s famed ‘magic weapons’ that helped bring it to power.”

Brady told ABC radio, “After that happened in December last year, I had a break-in at my office. And then, in February, I received a warning letter talking about what the Chinese consulate was trying to do to suppress the natural concerns amongst the Chinese-New Zealander community, about the finding of my research.

“It warned me in the letter that I was next for attack, although not specifying what the attack would be.”

NZ is unique in having legislated for the "Critic and Conscience" role of the academic: The Education Act (1989) Sections 160 & 161 guarantee academic freedom for educational institutions, staff & students. The obligation applies to Ministers & agencies of the Crown. #nzpol

Brady contacted New Zealand’s Security Intelligence Service (SIS) after receiving the letter from the consulate. On the day she spoke to SIS, both her house and her office were burgled.

“My house was burgled and what was taken was the computer on which I wrote the ‘Magic Weapons’ paper and, unfortunately, my children’s computers,” Brady told ABC radio.

In October, a smear campaign against Brady was published in a state-controlled Chinese language media—a signature tactic of the CCP.

“There was an organized hostile media contained in the Chinese language media against myself and I asked the police for extra protection as I recognized it as an escalation,” Brady said.

Brady also had her car tampered with: Her two front tires were flattened to dangerous levels that could collapse at high speeds or during sudden braking.

“Someone tried to harm me and my family. I don’t think that they are a coincidence. They are happening to me because of my research,” Brady said.

“I absolutely defend the right of academics to utilize their academic freedom, and, of course, the rights that are granted to them through our legislation,” Ardern said at a press conference (pdf) on Nov. 26. “I absolutely support that and defend that. They should continue to be able to do their work and with freedom from repercussion from this government or any other government.”

Ardern’s statement was welcomed by academics at the University of Canterbury.

“We wish to clearly state our collegial support for Professor Brady and reiterate that academic freedom is central to the workings of our university – as it is to all universities in New Zealand,” the statement of support from the academics reads. “We note that it is often easier not to speak out in the name of academic freedom even though the Education Act (1989) declares that Universities are legally obligated to act as the ‘conscience and critic of society.

“Academics must be prepared to speak out publicly when attempts are made by any nation, group or individual, to see to limit or influence that obligation.”

Ardern was advised (pdf) that investigations into Brady’s case haven’t been completed.

Academic Freedom Under Attack in Australia

Clive Hamilton, a public ethics professor at Charles Sturt University in Canberra, Australia, had his book “Silent Invasion” barred from publication because of pressure exterted by the Chinese regime against publisher Allen & Unwin. The cancellation occurred in Nov. 2017.

Hamilton’s book detailed the systematic attempt by the CCP to expand its espionage network and influence in Australia; it also outlined how China’s United Front work was infiltrating all aspects of Australian society so as to break up the United States-Australia alliance.

Another publisher, Hardie Grant, acquired the rights and published the book in February.

In another incident, Victoria University canceled a Sept. 21 event to screen a documentary exposé on China’s Confucius Institutes. The university claimed that they accidentally “double booked” the lecture theater and that all other sites had been fully booked, despite video footage showing that the theaters were empty.