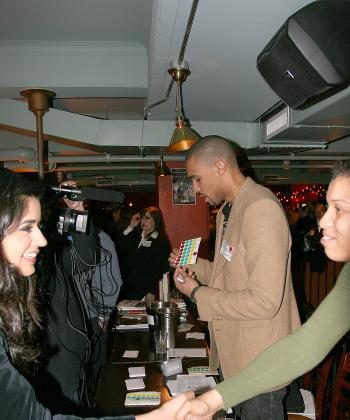 According to a recent University of Iowa study, abusive management—from CEOs to sergeants to shop bosses—may not only escape reprimand, but also receive bonuses and commendations, if they are high-performers.

The research evaluated any possible consequence to offensive behavior in the study, “Perpetuating Abusive Supervision: Third Party Reactions to Abuse in the Workplace.”

The study found that typically, abusive actions by managers are often ignored if the managers make the numbers, are recognized by industry peers, have received awards, or have contributed to the productivity of the firm, military unit, or government.

“When a supervisor’s performance outcomes are high, abusive behavior tends to be overlooked by third parties when they evaluate the supervisor’s effectiveness,” suggest the researchers in their study.

Not Quite Black and White

According to the study, people who are self-centered and those with egotistical traits will have no compunction in overlooking the transgression of an abusive person.

On the other hand, an “empath,” that is a person who can feel others’ anguish and discomfort, will not so easily accept the abusive person’s behavior, despite high achievement.

Empathic people will balance the losses and gains caused by abusive behavior and most likely tip their decision against the abuser, considering the overall losses to the company, the report said.

“Individuals high in empathy consistently rated abusive leaders as less effective than non-abusive leaders. Consistent with previous research, our results suggest that empathy leads observers of mistreatment to be more concerned with the thoughts and feelings of others,” suggested the researchers.

“Employees are tired of their bullying bosses and want more solutions,” according to a survey published by the LegalTrainingCenter.com.

No law exists that would allow litigation for being bullied in the workplace, unless one belongs to a protected class. Additionally, most such laws are geared toward bullying an individual. The bullying of a group of people by an abusive boss has not been addressed in any legislation.

Healthy Workplace Advocates, Workplace Bullying, Trauma Institute, and others have been actively promoting legislation aimed at curbing bullying in the workplace, but again only addressing individual cases and not class action suits.

The next suggestion is that workplace bullying should be addressed by an effective performance-rating system. Most performance evaluations take productivity and reaching objectives into consideration, but are silent on behavior.

The Iowa researchers suggest that a rating system that takes into account productivity and workplace behavior, with the positive and negative balancing the outcome, be designed.

Findings are that positive ratings result in an increase of the abusive behavior, as favorable ratings are seen as acceptance of the behavior.

“Organizations want to ensure that abusive supervisors are not rated as effective, thus reinforcing abusive behavior,” stated the Iowa study.

Evaluation systems should take place in a fair environment that “take[s] into account both the outcomes achieved by supervisors and the way in which employees are treated in the process of achieving those outcomes,” emphasized the Iowa University researchers.

The Iowa researchers pointed to Steve Jobs, CEO at computing giant Apple Inc., who is viewed as a brilliant and effective head of a corporation, as a very abusive boss.

Fortune Magazine elected him CEO of the Decade in 2009 and spoke in glowing terms about him. Many books have been written about him and the uninitiated would never assume that he is an abusive boss.

EBossWatch published a list of 25 of the “Worst Bosses of 2009.” One abusive boss, a former superintendent at the Ottawa County Board of Developmental Disabilities in Ohio, was forced out for creating a hostile working environment after 20 employees filed a complaint.

The list includes company owners, a water distribution superintendent, a former inspector at NASA, a former city manager, among others. EBoss invites people to rate their bosses, promising to keep the rater’s identity hidden. The Web site states that such information would be provided to people hunting for a job.

Changing Into a Smart Employee

Workplace consultants recommend that instead of moaning and groaning, employees should be proactive and figure out how to deal with an abusive boss, unless another job is on the horizon. Also, the next boss may not be any better.

Many Web sites are available that suggest how to deal with a difficult work environment, including Conflict911.com.

Don’t forget that “The role of a supervisor sometimes attracts certain controlling-type personalities because they crave the power it gives them and because they lack such control in their own personal lives,” advises Tristan Loo in an article on the Conflict911 Web site.