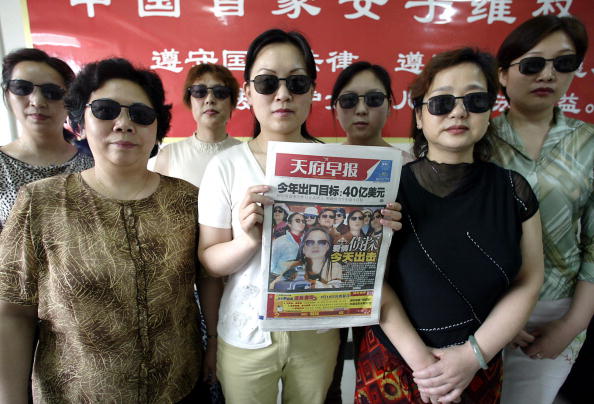 A recent document being widely circulated on the Chinese internet reveals the enormous scale of corruption among Chinese Communist Party (CCP) officials.

An abused wife with personal grievances has blown the whistle on her father-in-law, a retired Party official, and his amassed wealth.

Under the Chinese regime’s “jubao” system, a citizen or public employee can report and disclose wrongdoings by a public official.

The letter detailed all the property and assets belonging to retired deputy director of the Economic and Information Committee of Beijing, Wang Yingguang—totaling more than 100 million yuan ($15.7 million).

Zhang Fang, author of the letter, disclosed that she was Wang’s daughter-in-law.

Zhang and Wang’s son, Wang Chao, got married in June 2012 and have one daughter.

Prior to the recently circulated letter, Zhang had posted another report in March 2017, saying that less than a year into their marriage, her husband had many affairs with mistresses and also physically abused her. Zhang had hospital records of medical treatment for her injuries, as well as records from calling the police on her husband eight times.

Zhang said her parents-in-law did not stop her husband from abusing her and instead abetted him. In July 2014, she chose to live apart from her husband.

In her latest letter, Zhang listed her father-in-law’s 17 real estate properties, including their addresses, sizes, and prices. Their total value was more than 100 million yuan ($15.7 million). His two luxury foreign cars were worth more than a million yuan ($157,000). His other expenditures reflected the enormous wealth he had, in order to afford such things as school tuition for children studying abroad, stock investments, purchases of ivory goods, jewelry, luxury watches, and more—totaling more than 23.8 million yuan ($3.74 million).

Abused wives and mistresses of CCP officials outing the corruption crimes of their partners has become a trend in China.

In 2015, a deputy captain at a police station in Heilongjiang Province was reported online by his wife for corruption, bribes, having extramarital affairs, and domestic violence, according to a report by the Beijing News newspaper.

The mistresses’ partners can sometimes get involved too. Wu Yongwen, deputy director of the National People’s Congress Standing Committee in Hubei Province, was reported by his mistress’s husband, who was set on taking revenge on his adulterous wife and exposed Wu for his corruption and bribery crimes. In 2012, Wu was taken to Beijing for investigation.