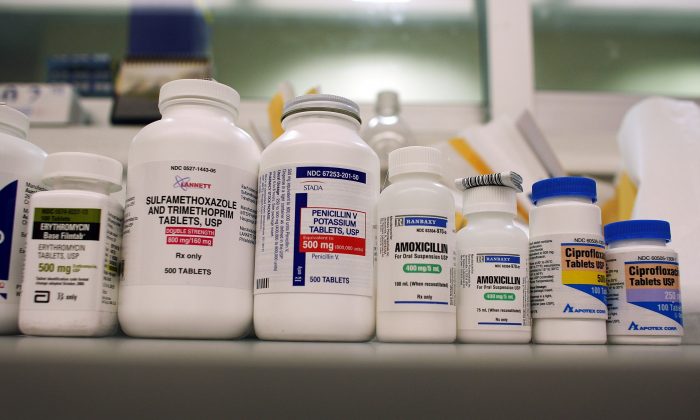 Federal lawmakers are constantly tinkering with the health care market. Often, these invasions have perverse consequences.

Indeed, one federal initiative designed to provide poor Americans with discounted drugs has morphed into an ungainly operation fattening the bottom lines of pharmacies and hospitals.

Enacted in 1992, the 340B program requires drug companies to provide steep discounts on drugs to qualifying hospitals and clinics. The program was meant to help institutions that serve large numbers of low-income or uninsured Americans.

From the outset, however, 340B has been plagued with problems. And now, it often fails to actually help vulnerable patients.

The first major flaw is the program’s eligibility requirements for health care providers. The existing eligibility formula does not measure obviously relevant metrics such as the percentage of uninsured patients a hospital serves or the amount of uncompensated care it provides.

A Government Accountability Office report confirmed that even some hospitals that just “provide a small amount of care to low-income individuals … could claim 340B discounts.” And a study by Avalere Health found that states with fewer uninsured residents actually had higher shares of hospitals taking advantage of 340B.

Second, the program doesn’t require that discounted medications be dispensed only to people who actually need them. As a result, many hospitals are selling drugs they purchased on discount at full price to patients with private insurance coverage.

Finally, the hospitals and pharmacies dispensing these drugs aren’t required to pass the savings onto patients.

As a result of these gaping flaws, a drug program meant to help the uninsured has turned into an arbitrage operation that lets hospitals and retail pharmacies buy billions of dollars’ worth of steeply discounted drugs, bill insurance companies and patients the full retail price, and then pocket the difference.

When Sen. Charles Grassley (R-Iowa) looked into the program, he found that the Duke University Hospital—where only 5 percent of patients were uninsured—was able to leverage the discount program to boost its net income by almost $50 million last year.

“Hospitals are reaping sizable 340B discounts on drugs and then turning around and up-selling them to fully insured patients,” Grassley wrote in a letter to the agency overseeing the 340B program.

Now 340B represents an unholy alliance between moneyed interests and public regulators. The free market has been undermined. Many low-income patients genuinely in need of help are being left out in the cold. Drug companies are being forced to sell a growing volume of products at severe discount—leaving many with little choice but to make up for those lost revenues by raising prices on other consumers.

Congress and regulators have compounded the problem over the years by repeatedly expanding 340B. Almost one-third of hospitals nationally now participate.

The largest and most troubling expansion came in 2010, when regulators authorized hospitals to contract with an unlimited number of outside pharmacies anywhere in the country to dispense 340B discounted drugs. Previously, hospitals could only use in-house pharmacies or contract with a single pharmacy.

This particular change has led to a dramatic increase in the number of contract pharmacies benefiting from 340B. In 2010, there were just under 4,000. Today, that number has jumped to 30,000—a 700 percent increase.

Accordingly, the total value of 340B discounts has also exploded and is projected to grow significantly in the coming years.

These expansions are making a bad problem even worse. The 340B Program is too often being abused to bolster hospital profits. Health care providers should be competing in a free and open market—not exploiting a well-intentioned program meant to help low-income Americans.

The abuse of 340B represents corrosive crony capitalism at its worst. Lawmakers need to fix this program.

Sally C. Pipes is president, CEO, and Taube Fellow in Health Care Studies at the Pacific Research Institute. Her latest book is The Cure for Obamacare (Encounter 2013).