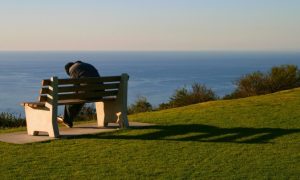 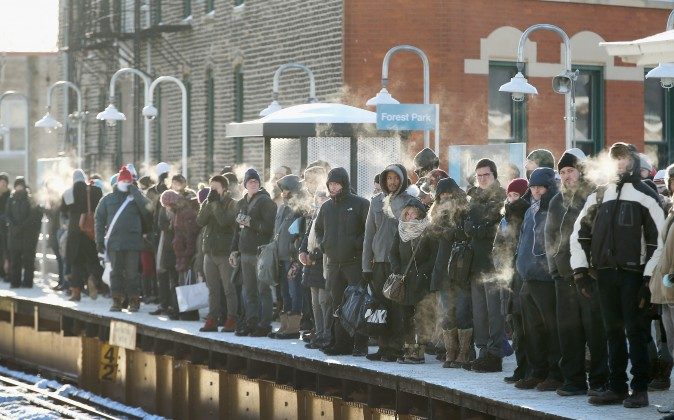 Passengers heading into downtown wait on an "L" platform for the train to arrive in below zero temperatures on January 7, 2014 in Chicago, Illinois. (Photo by Scott Olson/Getty Images)
Crime and Incidents

The Muslim community in Chicago has been rocked by the arrest of an influential local imam on charges of sexual abuse. Mohammad Abdullah Saleem, 75, is the longtime head of the Institute of Islamic Education in Elgin, Ill., about an hour’s drive northwest of Chicago.

A civil suit filed on Feb. 17 alleges that Saleem abused an employee and three teenage students. He’s being charged with felony sexual abuse. As an imam, something akin to a religious scholar, Saleem helped found the school.

The charges go back as far as three decades, and are especially unusual because of cultural norms within the Muslim community. Things such as casual contact are strongly discouraged and victims tend to remain silent in matters of sexual abuse rather than speak out and cause a scandal.

“This place was ripe for abuse,” the lawyer for the plaintiffs in the case, Steven Denny, told a news conference earlier this week. About $1.5 million in damages is being sought.

According to the school’s website, it is operated as a non-profit residential institution focused on Islamic heritage. Males and females are educated on separate campuses.

In a statement signed by dozens of groups who make up the greater Muslim community in Chicago, the signatories wrote that they “must denounce this heinous form of oppression and violation.”

Saleem has denied the allegations against him through his attorney, Thomas Glasgow. His bail was set at $250,000 and he’s been ordered not to have contact with anyone under the age of 18. He is due in court on March 10.