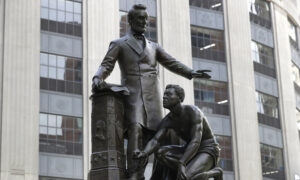 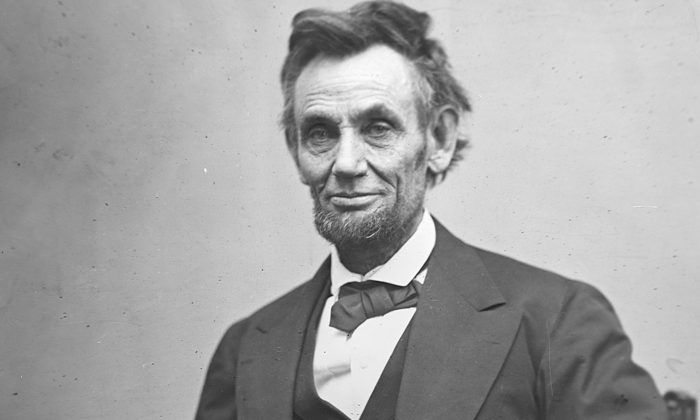 A statue of former President Abraham Lincoln was hit by vandals in Idaho.

Boise police officers responded on Monday to a report of vandalism at the bronze statue in Julia Davis Park. They found the statue defaced with paint, feces, and signs.

City crews arrived and cleaned up the mess.

Officers are investigating and trying to identify those responsible.

“Defacing a venerated object to provoke an emotional response will not help us rise to our better selves,” Boise Police Chief Ryan Lee said in a statement.

“Vandalism is a crime, never appropriate, and those committing these crimes will be held accountable,” added Mayor Lauren McLean, a Democrat. “At a time when our democracy is fragile, this is particularly disturbing as President Lincoln sought to keep our fractured nation together and to address the scourge of slavery—losing his life for it. On the first day of Black History month, it’s essential to honor those in our community, reflect on our past, and work together for a better future. This terrible act detracts from progress and is an affront to those who toil daily for civil rights.”

The statue was placed in the park in June 2010.

“Located in a grassy area east of the Idaho Black History Museum, the statue is an enlarged replica of the most famous image of Lincoln seated on a bench created by Idaho born sculptor Gutzon Berglum,” the city says on its website.

According to legend, early Boise pioneer Tom Davis was familiar with Lincoln in Illinois before migrating west. David donated land to the city in 1907. That land later became Julia Davis Park.

Some activists have been campaigning against Lincoln statues in various U.S. cities in recent years, alleging he was racist against Native Americans. Boston removed a Lincoln statue in late 2020 and San Francisco officials are renaming a school named after him.

Supporters note that Lincoln ended slavery, among other achievements.

Former Idaho Attorney General and Lincoln historian Dave Leroy told KTVB that “Lincoln created Idaho territory in part to assure during the throes of the Civil War that all of the people in this territory remain forever free.”

“This bronze historic statue takes no position on modern day political issues. Instead Lincoln in Idaho is ever emblematic that freedom and equality and liberty for all people shall always prevail in this state,” he added.