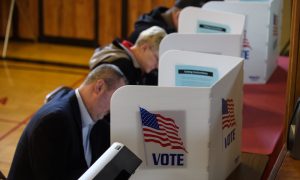 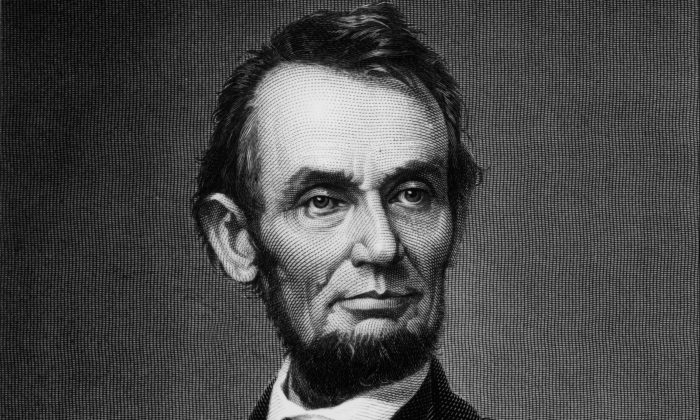 Abraham Lincoln (1809 - 1865), the sixteenth president of the United States who abolished slavery and steered the Union to victory in the American Civil War. Hulton Archive/Getty Images
Viewpoints

Abraham Lincoln was born 210 years ago into a poor farming family in rural western Kentucky. His background from log cabin to rail splitter to president to martyr is more well-known than any biography in U.S. history.

Among his great achievements are a few speeches that transcend his time and speak through the ages. The most famous of those speeches, of course, are the Gettysburg Address and his two inaugural speeches.

But Lincoln gave another fascinating and important speech that is less well-known to Americans, but might be read with profit in 2019. This speech was to the Young Men’s Lyceum in Springfield, Illinois, when he was just 28 years old. Long before he became president, or was even old enough to qualify for that office, Lincoln was considering the future of the United States at a depth few of his successors could muster even at their most mature age.

That speech, entitled “The Perpetuation of our Political Institutions,” but often known as his “Lyceum Address,” is as timely today as it was on that cold winter night when it was delivered more than 180 years ago.

Threat to Our Nation

Lincoln began by expressing gratitude to our ancestors who founded and built our nation. Demonstrating conservatism at its very best, he connected the generations of the living, dead, and yet unborn in a community of mutual obligation. It is our task, Lincoln said of the living, to protect and then pass on to posterity what we have inherited.

Where, Lincoln asked, will the threat to our inheritance and our survival as a nation come from? Will it come from an army overseas? Profoundly not, Lincoln asserted. No military force could “take a drink from the Ohio, or make a track on the Blue Ridge, in a trial of a thousand years.” The great danger to the United States will come from inside America, he said. “As a nation of freemen, we must live through all time or die by suicide.”

What are the dangers Lincoln saw that may come to undermine the United States? He warned first of the “mobocratic spirit”—“the increasing disregard for law which pervades the country; the growing disposition to substitute the wild and furious passions in lieu of the sober judgment of the Courts.”

When I recently discussed this text with students, many of them immediately saw parallels with today’s “social media mobs” passionately denouncing those with whom they disagree or sentencing people for perceived crimes of political incorrectness. To counter this spirit of the mob, Lincoln taught a strict dedication to the Constitution and the rule of law, going so far as to say that everyone must remember that “to violate the law, is to trample the blood of his father, and to tear the character of his own, and his children’s liberty.”

Second, he warned in very stark terms of the dangers of political leadership. Rather than celebrating great leaders who would come in the United States, he feared that men would arise with grand ambitions to be satisfied. Where our founders were able to satisfy their ambitions by founding the United States, he feared future leaders, having inherited America already built, would seek to gain their own fame in destruction and rebuilding. Those who scorn “to tread in the footsteps of any predecessor, however illustrious,” he said, belonged to “the family of the lion, or the tribe of the eagle.”

How is the United States to survive these dual threats of the “mobocratic spirit” on the one hand and the dangerous political leader on the other?

Here Lincoln’s concerns resonate strongly through the ages and into the 21st century. Lincoln understood that politics swims downstream from culture, and it’s the United States’ political culture that is the key to our political prosperity. During the first few decades of our existence, he argued, Americans remembered first-hand what the revolution was about. If they didn’t remember the hardships and the cause personally, they could see it in the wounded veterans hobbling down the muddy streets of their hometowns and in the stories heard around their grandfather’s hearth. Their culture fortified their politics.

Even as young Lincoln wrote, those veterans were passing away and the original passions were fading with them. The United States, he argued, would survive over the long haul only by creating a new culture that reverenced our political institutions, the rule of law, and the Constitution itself. He argued that all must be taught to love our fundamental law, to exhibit “sound morality,” and to pursue “general intelligence.”

Today, the United States seems as divided as we have ever been; our fundamental institutions have been called into disrepute, basic civic education has largely been abandoned in our classrooms, our founders are now often rejected for being insufficient for our modern standards, George Washington and the Constitution itself are often dismissed for being racist and found wanting, and ambitious politicians often seem bent on pulling down rather than preserving.

On the 210th birthday of the Great Emancipator, we might look back on his lessons for the United States and vow that our posterity will someday be able to say what Lincoln prayed, “that we improved to the last; that we remained free to the last; that we revered his name [Washington] to the last.” It is up to us, as a nation of free people, whether or not we “live through all time or die by suicide.”