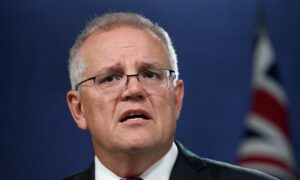 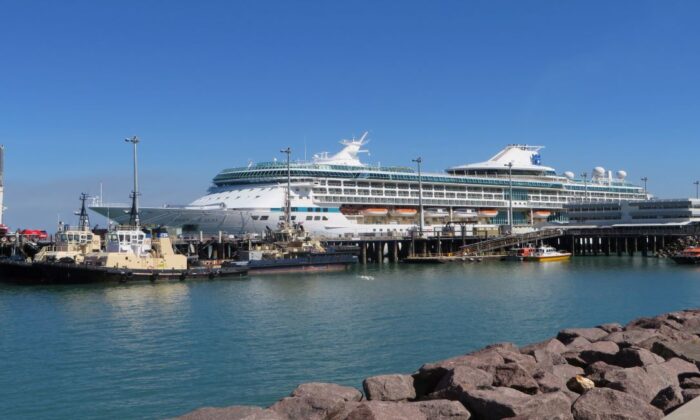 ‘Above Party Loyalties’: Aussie MPs Join Forces to Take Back Port of Darwin from China

Federal MP George Christensen has told Parliament that it is against Australia’s national interest for the Port of Darwin to be in the hands of a Chinese company which owns a 99-year lease.

Christensen’s comments come after it was previously reported that he would back a motion by MP Bob Katter that would call on the Australian government to force Chinese company Landbridge to sell the Port of Darwin to an Australian buyer.

Christensen told The Epoch Times that it was a matter of “national sovereignty.”

“It is not in the national interest to have port infrastructure in the hands of a foreign company—particularly a company from communist China, which has recently used trade as a tool for economic coercion against this nation,” Christensen told the House of Representatives on June 21.

Christensen previous told 2Gb radio on June 9 that he wants to see the Port of Darwin and “quite frankly every other bit of strategic asset, strategic infrastructure” taken back from “the Chinese Communist Party or their minions.”

“That is the aim of this motion we’re putting forward,” he said, speaking about the Katter’s motion. “I note we are doing a review into the ownership of the Port at the moment, so that’s a very good move.”

He believes there is support from both the government and opposition MPs, crossbenchers, and senators for the Port of Darwin to be taken back under Australian control.

Christensen said the motion was in the hands of the Parliamentary Selection Committee who would decide whether to include the motion for debate.

“While it is unusual for a government MP to support a private members’ motion from Bob Katter, this one is above party loyalties as it’s all about our national sovereignty,” he told The Epoch Times.

Katter gave Christensen strong kudos for seconding his motion, given they are from different political parties.

“If you’re prepared to cross the floor that makes you very powerful indeed, and particularly in a parliament where the numbers are finely owned,” Katter told The Epoch Times.

Katter said his motion wasn’t a “political manoeuvre” nor was he trying to “embarrass the government” by introducing it. Instead, he knows his concerns are shared by other MPs about the foreign ownership of the port.

“I would be very doubtful if there was anyone in Parliament who sincerely believed that it was a good idea that … any foreign country would own the main port of entry into northern Australia,” Katter said.

One of his concerns centred around the paramilitary capability of some Chinese merchant vessels and the risk posed by their access to the Port of Darwin.

Under Beijing’s 2010 National Defence Mobilisation Law, China’s merchant vessel companies are expected to assist the People’s Liberation Army (PLA) and militia in mobilisation activities for the purposes of defence.

According to the Australian Strategic Policy Institute, some state-owned shipping companies have their own paramilitary capabilities, including an in-house militia, that can be “mobilised by the Chinese regime to defeat threats to the CCP’s interests.”

Katter likely sees the risks this may pose to northern Australia should the Port of Darwin leaseholders cooperate with the PLA during a conflict, in peacetime, or in the grey zone.

The grey zone refers to activities by a foreign government that is below the traditional threshold for an act of war.

In its “Leaping across the ocean” report, ASPI provided an example of a grey zone tactic used by Chinese fishing vessels—possibly belonging to the country’s “maritime militia”—in early 2019, when they shone lasers into the eyes of Royal Australian Army helicopter pilots in the South China Sea (pdf).

Because of this incident, ASPI surmises that shipping vessels with militias—such as those that utilise the Port of Darwin—could be ordered by its commanders to undertake similar actions against Australian or U.S. targets.

“Doing so would place the burden of escalation onto the ADF or the U.S. Armed Forces, as Beijing would be likely to see a kinetic response against a merchant vessel as a de facto declaration of war,” the ASPI report stated.

Christensen has also launched a petition on his website to take back the Port of Darwin from China.