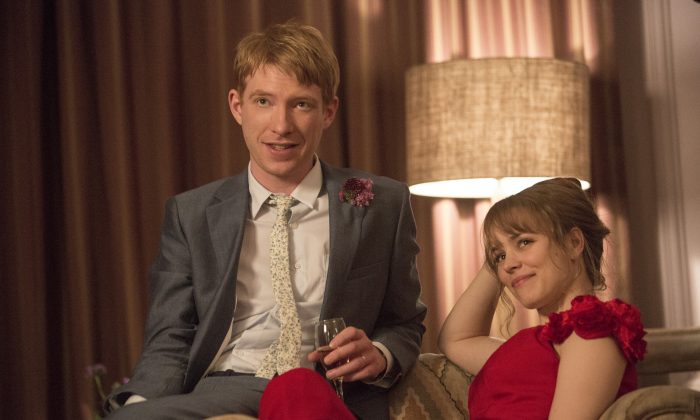 Tim (Domhnall Gleeson) and Mary (Rachel McAdams) in "About Time", the new comedy about love and time travel from writer/director Richard Curtis, which discovers that, in the end, making the most of life may not need time travel at all. (Murray Close)
Entertainment

‘About Time’ May be Richard Curtis’s Last Film

Writer and director Richard Curtis has been entertaining the world with his popular British rom-coms like Notting Hill and Love Actually. But his latest romantic drama, About Time, might be his last.

In a recent interview, Curtis explains the demands of filmmaking and his hope that making a film that highlights the delights of normal everyday life will inspire him to live the rest of his life without tension.

“It’s impossible to be happy when you’re making films, because they’re very intense,” he said. He and the cast took video interviews for Universal that were posted to a press site on Oct. 2.

Curtis has also directed the Mr. Bean TV shows, Four Weddings and a Funeral, the two Bridget Jones films, and co-wrote the screenplay for War Horse.

“I’ve caught up with the things I’m interested in,” he said. He mentioned the death of his own father and his family life as events that inspired the story.

About Time is a romantic comedy about 21-year-old Tim, played by Domhnall Gleeson, who discovers that he can travel back in time to any moment of his life that he can recall. Not too lucky with the ladies, he falls for charming Mary, played by Rachel McAdams, and a relationship ensues.

Adams and Gleeson agreed that the film is very personal for Curtis.

“These are things that he really cares about, this isn’t something he does for films,” Gleeson said in his interview. He understood that making time for family and enjoying life’s simple joys are Curtis’s priorities.

“His films are exactly like Richard, full of heart and full of love and generosity,” said Gleeson. McAdams said Curtis brings a lot of himself to the film.

“We just want a very normal day at home, giving breakfast to the kids… seeing friends, having dinner with the family,” he explained. Curtis was enticed by the idea and wished for this realization, that you make the best of your day-to-day life, to be the climax of his next film.

According to Internet Movie Database (IMDb) Curtis already wrote screenplays for the upcoming feature films Trash, and Esio Trot, scheduled to come out next year.