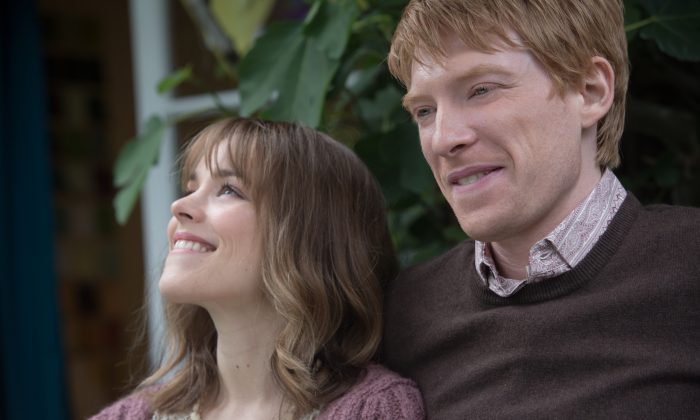 Mary (Rachel McAdams) and Tim (Domhnall Gleeson) in "About Time," the new comedy about love and time travel from writer/director Richard Curtis, which discovers that, in the end, making the most of life may not need time travel at all. (Murray Close © 2013 Universal Studios)
Entertainment

‘About Time’ About Cherishing the Present

Richard Curtis has directed a number of classic British chick flicks like “Love Actually,” “Bridget Jones’s Diary,” and “Notting Hill.” This time, Curtis takes his warm and fuzzy rom-com in an unexpected direction by adding the element of time travel in “About Time.”

While this film is thoroughly enjoyable and a top choice for date night, it’s not a huge departure from his recent work.

“About Time” tells the story of 21-year-old Tim (Domhnall Gleeson), a shy, tall, and scrawny British bloke with red hair, blue eyes, and bad luck with the ladies. After an unsuccessful New Year’s party, Tim’s father (Bill Nighy) reveals the family secret that the men can travel back in time within their lifetimes.

Tim immediately decides that he will use his gift to fix his personal life. Whenever he wants to improve his first impressions with girls, he goes back in time.

Tim moves to London, where he meets Mary (Rachel McAdams), a cute-as-a-button American. The two fall in love and start a family, which is not a straightforward endeavor when Tim continues to go back in time to improve various situations.

Most of “About Time” is shot in Cornwall, England, a picturesque little town at the westernmost point of the island known as Land’s End. This is where Tim was raised, alongside his granola little sister, who he calls “this nature thing.”

Within the first five minutes, everyone in the theater was giggling, sniffling, and falling completely in love with the protagonist’s innocence and awkwardness. Tim’s family is a drama of its own: an obsessive tea-loving mother, a sentimental father, the not-all-there uncle, and “this nature thing.” It is enough to melt the coldest of hearts.

McAdams and Gleeson work well—she’s confident and he’s shy—and they look good as an on-screen couple. Although there’s no real relationship development between the two and their children, one forgives Curtis for his first attempt at portraying the inner workings of a new family.

Curtis uses the time travel aspect to weave in some big questions about regrets and do-overs. The bottom line is that you should give it your best shot the first time around.

It did seem, however, that Curtis rushed this one, just a little. While Tim’s family is painted in full color, Mary’s remains an incomplete mystery. Her parents show up for one scene and don’t say much. Even though Mary worries about their opinion of Tim, they’re not present at their wedding and neither do we hear of them at any other time in the film. Curtis would have done better to leave them out completely rather than leave their significance unexplained.

Mary’s character doesn’t completely check out either. She is a reader for a U.S. publishing company working in England for unknown reasons. Was this a shortcut so McAdams wouldn’t have to learn the British accent? Or was it because the movie would have been too long had her personal history been further developed?

One thing the audience can be sure of is that they will walk away feeling good about the film’s ultimate message: to cherish the relationships you have now so you won’t have any regrets later.