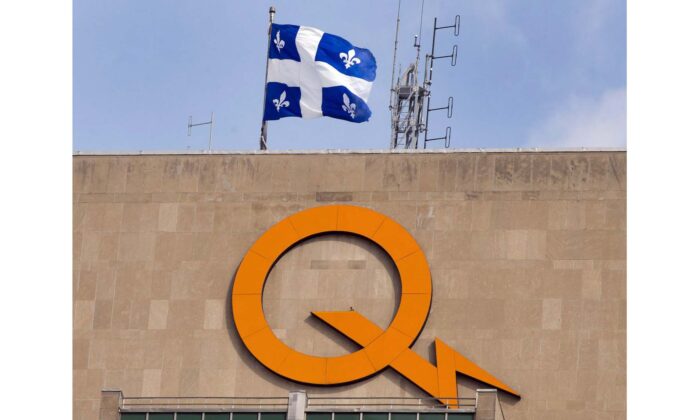 A Hydro-Québec logo is seen on their head office building in Montreal, Feb. 26, 2015. (The Canadian Press/Ryan Remiorz)
Canada

Quebec’s hydro utility says more than 130,000 customers are still without power after a powerful weekend storm uprooted trees and power lines across a large swath of the province.

Hydro-Québec said today it deployed about 700 employees to restore power to customers and that 76 percent of affected clients are back on the grid.

One person died in Quebec during the storm and nine people died in Ontario, as winds gusts up to 151 kilometres per hour left a trail of damage across both provinces.

Hydro-Québec says that at the peak, about 550,000 homes in the province were in the dark across a territory stretching from Gatineau, Que., to Quebec City.

The utility says it will likely take longer than a couple days to restore power to about 30,000 customers in more remote areas of the province.

The hardest-hit areas in Quebec include the Laurentians, where 71,279 customers are still without power, along with the Outaouais and Lanaudière regions.