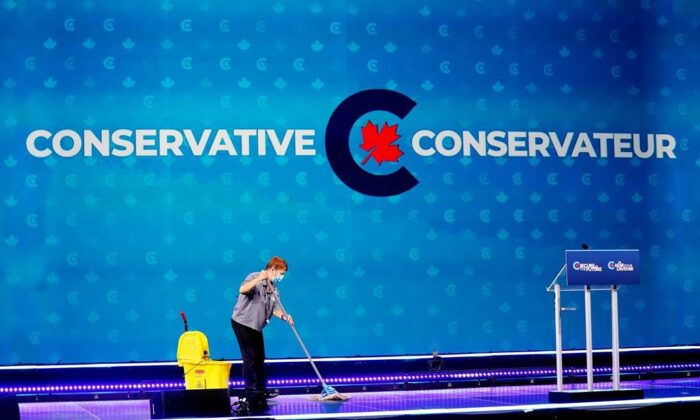 About 675,000 Signed up to Vote in Federal Conservative Leadership Race: Party

OTTAWA—About 675,000 members have signed up to vote for a new leader of the Conservative Party of Canada—a staggering number that the Tories believe sets an all−time record for any federal political party.

The party said it sent a preliminary voter list to candidates on Thursday. The final number is subject to change, as leadership hopefuls will now be able to challenge the validity of any of those sign−ups or push for names to be added to the list.

Candidates have until the end of Monday to issue these challenges, which the party stressed must be “substantiated.” They will be reviewed by the party’s chief returning officer, whose decisions can be appealed to a dispute resolution committee before the voter list is finalized later in July.

However, the party said some 6,500 non−compliant sales have already been cut according to the Conservatives’ internal rules and those of the Canada Elections Act.

These include memberships that were purchased for different addresses but using the same credit card or those bought with prepaid cards or corporate accounts.

Ian Brodie, chair of the leadership election organizing committee, said Thursday there are now more members of the Conservative party than people in Hamilton, Ont.

“Canadians are responding to the leadership race in unprecedented numbers. We have crushed all records for prior political participation in Canada,” he said.

To compare, in 2020, when former leader Erin O’Toole was elected in the Conservatives’ last leadership race, the party boasted an eligible voting base of 270,000.

At the beginning of this year, the party said it had 161,000 active and current members nationally, although about 48,000 of those were scheduled to expire by the membership deadline in June.

It said the vast majority of members signed up online, although some registered by mail or phone.

A provincial breakdown of memberships was not provided on Thursday.

The party is also not releasing how many members each individual candidate signed up, despite the urging of Ottawa−area MP Pierre Poilievre, who has claimed he sold nearly 312,000 memberships through his website.

The party also said the list had been cleaned up of duplicates, which it described as a normal part of any campaign. Anyone who signed up twice has simply been given a second year of membership.

Both Brown and Lewis had raised concerns about possible duplicates arising from an email sent by Poilievre’s campaign ahead of last month’s deadline to sell $15 memberships.

Brown and Lewis alleged members purchased new memberships after receiving what appeared to be an “official−looking warning” from Poilievre’s team that their status was incomplete.

A spokesman for Poilievre’s team has said the email in question went to people who, according to the campaign’s records, were not members.

The winner is to be announced in Ottawa on Sept. 10.

Brodie downplayed the revenue implications of selling so many memberships, saying that some of the money must be shared with riding associations.

Instead, he said the key takeaway is how candidates have mobilized supporters.

“I think what this shows is a level of engagement and enthusiasm for the race that will continue to pay dividends for us well past the end of the race, and I don’t see that diminishing on Sept. 11.”