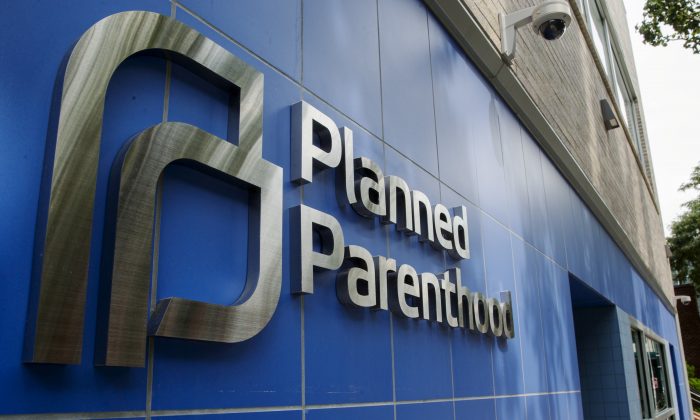 A sign is pictured at the entrance to a Planned Parenthood building in New York on Aug. 31, 2015 (Reuters/Lucas Jackson)
Viewpoints

Abortion Extremists Will Reap the Whirlwind

For decades, the Democratic Party has used its control of the news media and the language used in the national abortion debate to paint the pro-life movement as being extremist and out of touch with the views and the values of the American public.

In fact, it’s the progressive left in this country that has always been the extremist group on the abortion issue. And that’s never been clearer than now.

In recent years, the pro-life movement managed to create strategies that forced the pro-abortion side to begin explicitly stating what it wants. As long as abortion advocates were allowed to use vapid, ill-defined “choice” language, it would appear as if they were winning the issue.

Pro-life forces have managed to force the other side to shift from saying, “You want to stop women from exercising their legal Constitutional choice!” to “I want abortion legal in the ninth month of a pregnancy!”

The pro-abortion lobby has been forced to give ground by being led to explicitly state what it is they actually want. And what the pro-abortion lobby wants now is to make abortion legal in the third trimester (the sixth to ninth months of pregnancy) in as many states as possible.

After Roe v. Wade became the law of the land, however, individual states were allowed to set their own limitations and restrictions. Most states have put limits on the procedure, and it’s completely valid and 100 percent legal under Roe v. Wade for them to do so.

Abortion extremists, however, have now embarked on a crusade to convince the American public that a grave injustice is being done to women in this country because a majority of states won’t allow abortion into the third trimester.

What’s the problem with this grand crusade, you ask? It’s that the percentage of the population polled that supports legalizing abortion into the third trimester has never topped 14 percent in any poll going back to 1996.

Did you also know that almost half of all women in the United States self-identify as pro-life? You can be forgiven for not knowing that since Democrats and their fellow travelers in the news media, academia, and the entertainment industry do their level best to hide and obscure this important fact.

In a Gallup poll from June 2018, 48 percent of women polled self-described themselves as “pro-choice,” while a full 47 percent self-described as “pro-life.” But if you get all your news on the abortion issue from the DNC media complex, it’s understandable why you would not be aware of this.

Here’s where I point out that even many of the women who describe themselves as pro-choice balk at the idea of legal third-trimester abortions. While many self-described pro-choice women want abortion legal in the first trimester, fewer want abortion available in the second trimester; almost none want to see it legal in the third trimester.

When 48 percent of the females polled self-describe as “pro-choice,” but the percentage of the total U.S. population—men and women polled together—who think that abortion should be legal in the third trimester sits at 14 percent, it means a whole lot of pro-choice women aren’t endorsing this extremism.

Understand this clearly: Roe v. Wade did nothing to legalize third-trimester abortion in any state. It wasn’t legal to the day of birth in New York until the state legislature passed a bill making it so and Gov. Andrew Cuomo signed it in January.

The spectacle of New York lawmakers cheering and clapping in celebration of killing viable human infants in the ninth month of pregnancy has now engendered a reaction in many other states. While deep blue states raise their abortion limits, red states have begun lowering them.

The Kermit Gosnell case in Pennsylvania was a game-changer, in that it forced states to take a long, hard look at their laws on legal abortion limits. The result was that many states began moving to tighten their rules. For example, Texas now bars the procedure 20 weeks into a woman’s pregnancy, earlier than the previous 26 weeks.

Legislators taking these actions realized that their states’ abortion limits dated to the 1970s and didn’t take into account medical advances that have indicated an earlier age of viability. Those old rules set 24 to 26 weeks (about six months) as the legal limit in many states.

You can imagine how this made Democrats feel, suddenly watching a bunch of states introducing and passing bills to tighten their legal abortion regulations. As usual, progressive far-left activists overreacted. Instead of trying to raise the limits back to 24 to 26 weeks, it was decided to go for the brass ring and begin fighting for legal abortion throughout the entire pregnancy.

Instead of just deciding to leave their abortion limit at 26 weeks of pregnancy, the progressives in New York decided to make their very public show on Jan. 22 of raising their state’s limit all the way to birth.

In Virginia, Democratic legislators attempted to follow suit, with a bill submitted that would have legalized abortion up to the day of birth. That turned into a fiasco, when Virginia Gov. Ralph Northam was shown on video droning on monotonously about ‘keeping the born infant comfortable‘ while a discussion ensued as to whether to let the infant die.

Many people who saw that video after it went viral were horrified by it. No matter how Democrats and their media allies tried to ignore or misrepresent what that video showed, it starkly revealed the direction that some want to take this country. The Northam video, coupled with the awful and deliberate spectacle in New York, got its own response in the red states.

States such as Georgia and Alabama quickly introduced and passed bills that tightened the legal limits for abortion in their states and placed more restrictions on the practice. Mississippi and Ohio also passed “heartbeat bills”; Missouri’s governor plans to sign such a bill this week. Kentucky passed its own bill, but a federal judge has blocked it from going into effect. Arkansas lowered its legal limit to 18 weeks. And South Carolina Gov. Henry McMaster has vowed to sign a heartbeat bill when it reaches his desk.

So what’s been the Democratic Party response to this wave of pro-life legislation in the red states? It’s been to make sure every single one of their presidential candidates enthusiastically embraces legal late-term abortions.

Pete Buttigieg, at a Fox News Town Hall held on May 19, was just the latest Democratic candidate to make it clear that he has no problem with legal third-trimester abortions.

On top of the 2020 Democratic platform of open borders, abolishing ICE, claiming there’s no border crisis, impeach Trump, repeal the Trump tax cuts, raise taxes, re-institute the Iran deal, and bring back the Obama economy, they actually seem to think that embracing late-term abortion is a sure-fire election winner!

We’re watching a national party self-destruct before our eyes. They are taking extreme positions on almost every issue, not just abortion.