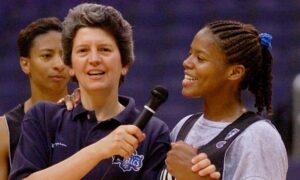 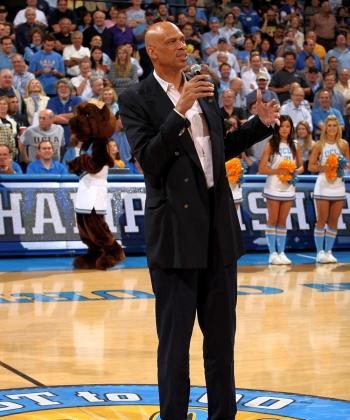 By Dan Pomerleau
Print
Kareem Abdul-Jabbar told the Associated Press (AP) on Monday that he had been diagnosed with leukemia in December 2008 and has been undergoing treatment since.

Abdul-Jabbar, now 62, said he had been getting hot flashes on a regular basis and went to see his doctor, who found his white blood cell count to be abnormally high and made the diagnosis after further tests.

The form of the blood cancer the former Los Angeles Lakers great has is called Chronic Myeloid Leukemia. It affects approximately 22,475 Americans, according to the Leukemia & Lymphoma Society.

There is no cure yet for the disease but Abdul-Jabbar’s doctor said he had a very good shot at living his life normally into old age.

Abdul-Jabbar has been taking an oral drug treatment that acts on the Bcr-Abl cancer gene that causes the disease.

“I responded well to the treatment,” he told the Los Angeles Times on Tuesday. “I just want that to continue to keep happening.”

Abdul-Jabbar told AP that he would like to use his announcement and successful treatment to bring awareness to the potentially fatal disease.

“I’ve never been a person to share my private life,” he said. “But I can help save lives. It’s incumbent on someone like me to talk about this.”

Abdul-Jabbar is a six-time MVP and the NBA’s all time leading scorer. He played professional basketball for 20 years, including 14 years with the Lakers where his signature "skyhook" and famous goggles wowed crowds.

He has served as a special assistant to the Lakers since 2005 and has maintained his normal routine since the diagnosis.

“There is hope. This condition can be treated. You can still live a productive, full life,” he said.