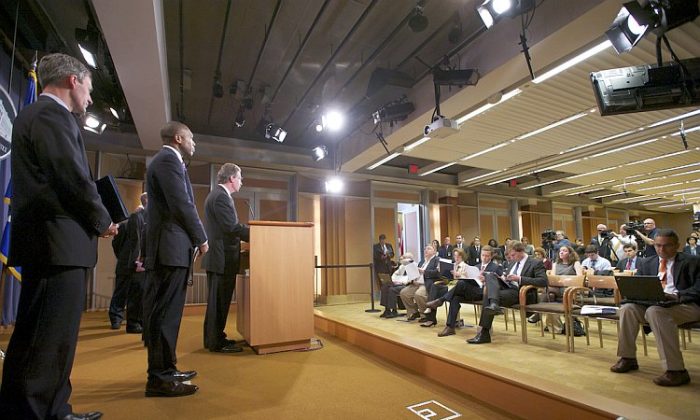 The drug, a neurological medicine labeled to treat mania, epilepsy, and migraines, carries serious warnings and side effects, such as life-threatening and deadly pancreatitis in children and adults who receive valproate. Depakote is a made of sodium valproate and valproic acid.

The Department of Justice (DOJ) says the company promoted the drug for uses not approved by the Food and Drug Administration (FDA).

“Today’s settlement shows further evidence of our deep commitment to public health and our determination to hold accountable those who commit fraud,” said James M. Cole, deputy attorney general with the Justice Department, in a May 7 press release. “We are resolute in stopping this type of activity and today’s settlement sends a strong message to other companies.”

According to DOJ, Abbott Labs maintained a specialized sales force to market the drug for such purposes, targeting elderly dementia patients in nursing homes.

“Under the Food, Drug, and Cosmetic Act (FDCA), a company in its application to the FDA must specify each intended use of a drug. A company’s promotional activities must be limited to only the intended uses that FDA approved. In fact, promotion by the manufacturer for other uses—known as ‘off-label’ uses—renders the product misbranded,” states the press release.

The settlement is the second-largest payment ever made by a drug company. It includes a criminal fine and forfeiture totaling $700 million, as well as civil settlements with the federal government and 49 states, including the District of Columbia, totaling $800 million.

Of the 49 states involved in the settlement, North Carolina will get $3.5 million for consumer protection efforts. The N.C. State Health Plan for Teachers will get $390,531.51, with the state prison system getting $184,468.49 to reimburse them for drugs purchased, according to a N.C. DOJ press release.