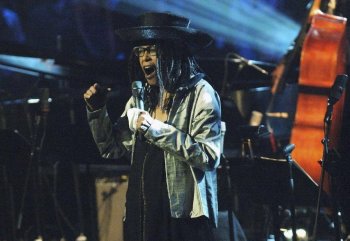 Lincoln recorded more than 20 albums, acted in films, and became a leading voice in the civil rights movement during her six-decade career.

She passed away in Manhattan, the New York Times reported.

Her first album was called Abbey Lincoln's Affair—A Story of a Girl in Love and became an instant success.

Lincoln was one of the first African-American women to act in a leading role, alongside Sidney Poitier in the 1968 movie For Love of Ivy.

The Chicago-born singer performed regularly with Billie Holiday as her main influence, up until her death. Her last album Abbey Sings Abbey was released in 2007.