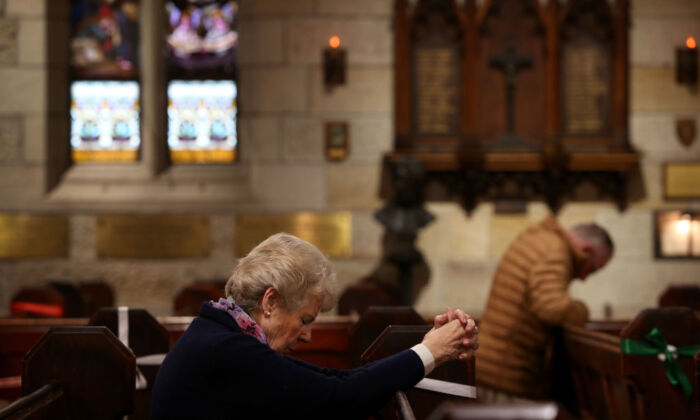 While the Australian legal tradition cannot lay claim to the historical depth it has in the United States; it was nevertheless built on solid religious foundations.

The island nation has remarkable Christian influences—starting with the first British fleet departing for Australia in 1787 when Captain Arthur Phillip was instructed to enforce due observance of the Christian religion and to take such steps as were necessary for the celebration of public worship.

Of course, this does not mean that people from other religions were not welcomed or that there was any obligation for those living in the land to belong to the Christian religion or, indeed, any religion at all. However, Governor Phillip “appreciated the role of religion, and Christianity especially, as the bases for an ordered and civilised society.”

While the role of Christianity in Australia’s history is irrefutable, when these important facts are mentioned, they are often critiqued and brushed aside with contempt. After all, the religious makeup of Australia has changed remarkably over the last 50 years, and the recent 2021 census shows Australians are less religious than ever.

The move away from this religion has accelerated rapidly over the past decade, although it has been in steady decline since the 1960s. In the census of 1961, only 0.7 percent of Australians identified as having no religion. But now, almost 40 percent of Australians say they have no religious beliefs. Based on current trends, the number of irreligious people will exceed the number of Christians by the time the next census is conducted in 2026.

Why Religion Is Beneficial for Society

It is now an appropriate time for an accounting of the tangible human and social benefits of religion and the recognition of the potential disadvantages to Australia becoming a less religious society, given the growing number of Australians saying they have no religious belief.

Rodney Stark is one of the world’s leading authorities on the sociology of religion. For many years this Pulitzer Prize nominee was a sociology professor at the University of Washington. He has authored more than 150 scholarly articles and 32 books, including several widely used sociology textbooks.

In an attempt to rise above the din of the “culture wars” and to focus exclusively on the facts, Stark, in his book “America’s Blessings: How Religion Benefits Everyone, Including Atheists,”  aspired to measure the effects of religious belief on a society.

What Is Lost With the Decline of Christianity

Therefore, Australians should carefully consider how much they might be losing as a society by becoming less religious. Values come to us trailing their historical past, and when we attempt to cut all links to that past, we risk cutting the lifelines on which those values essentially depend.

For example, when a significant majority of Australians embraced the Christian religion, there was a general agreement on fundamental moral questions. Our law reflected the moral principles of Christianity, which required equality before the law and the protection of inalienable rights to life, liberty, and property. The task of political leaders was basically to uphold these objective principles that used to underpin our legal system and protect us from arbitrary government.

But Australia has now witnessed an increasing antagonism to anything that can be remotely associated with the Christian religion. According to Michael Quinlan, professor and dean at Notre Dame Law School, “contemporary attitudes to Christianity in Australia and the examples provided indicate that Australia is in the process of endeavouring, at a very accelerated pace, to disentangle the law from its Christian roots.”

This perhaps explains the appallingly submissive attitude of most Australians during the pandemic. This issue may be explained by the spectacular decline of belief in God and the practice of religion.

Arguably, the decline of Christianity resulted in the establishment of a secular state that involves a more faithful acceptance of government as an all-powerful protector of the community. As such, all explanations given by government chief medical officers, whose advice politicians then impose on a submissive population with a great level of zealotry, are entirely accepted with no further questioning.

No Human Accountability Without God

I have also noted how many of my fellow citizens have developed an utterly distorted view of government or what governments can do for them. Such people now expect almost everything to come from the state. They blindly worship at the altar of the almighty state, expecting their “benevolent” rulers to act as their ultimate saviours and protectors.

Such people have an unshakable faith in the government. They sincerely believe the powerful state is the ultimate provider of all good things. Call it a form of idolatry if you wish.

There is little doubt in my mind that the decline in the importance of religion is also associated with a corresponding belief that reliance on “science” will solve all peoples’ ills and societal problems. This is contradictory because at the heart of all science lies the conviction that the universe is orderly, a conviction that made most of the towering figures of the modern scientific method not just deists but, in fact, theists.

As noted by Oxford mathematics professor John C. Lennox, “their belief in God, far from being a hindrance to their science, was often the main inspiration for it, and they were not shy of saying so.”

As can be seen, there is an inevitable consequence in embracing an irreligious view of human nature and turning away from religion. When religion is more comprehensively eradicated from Australia’s culture and society, it will be quite difficult to ignore that without a belief in God, there is also no final human accountability.

Or, as the Russian novelist Fyodor Dostoyevsky stated in “The Brothers Karamazov”: “If God does not exist, everything is permitted.”

This can lead to disastrous consequences, and I sincerely fear for the future of Australia.