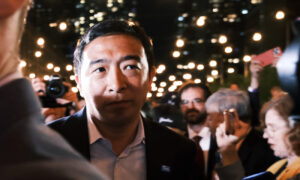 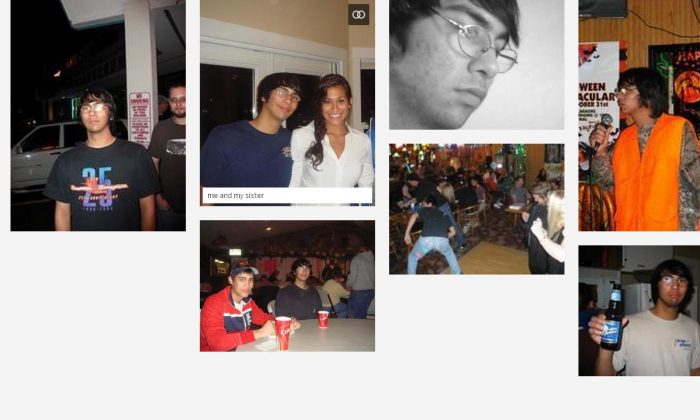 A screenshot of Aaron Ybarra’s Myspace. (Screenshot)
US

Aaron Rey Ybarra was identified as the shooting suspect at Seattle Pacific University on Thursday, according to police.

According to Q13 Fox,  26-year-old Ybarra is the suspect. He’s from Mountlake Terrace, Wash., the station reported.

Later, the Seattle Police Department wrote on Twitter to confirm he was arrested.

“Ybarra, Aaron R. 26 years-old has been booked into King County Jail for the Seattle Pacific University shooting,” the department tweeted.

Ybarra, according to KIRO-TV, was obsessed with the Columbine High School shootings in 1999 that left 15 dead and 21 injured. Police sources told the station he even traveled to the Colorado site where two student gunmen carried out the deadly mass shooting.

Ybarra was not a student at the university, and officials said they had “not found any connection between the suspect, Seattle Pacific University or any of the victims.”

But a co-worker at the gym where he worked said he was “calm and nice.”

Annie Nguyen, the worker, told Q13: “So we worked with each other for about two, three months. He was an amazing friend. Good worker. He was really calm and nice. If you know him, you would not think he would do it – he’s just not that type (pause) that would do something like that.”

She said he went to the shooting range on a regular basis and had invited her once. Ybarra, she added, was sociable and frequented local bars.

SEATTLE (AP) — A lone gunman armed with a shotgun and knife opened fire Thursday in a building at a small Seattle university, fatally wounding one person before a student subdued him with pepper spray as he tried to reload, police said.

A student building monitor at Seattle Pacific University disarmed the gunman after he entered the foyer at Otto Miller Hall, and several other people jumped on top of him and pinned him down until police officers arrived, police said.

A 19-year-old man died at Harborview Medical Center. Three other people were also taken to the hospital. A critically injured 20-year-old woman was taken to surgery, hospital spokeswoman Susan Gregg said. A 24-year-old man and a 22-year-old man were in satisfactory condition. One of those two men was not shot, Gregg said.

None of the victims was immediately identified.

At a news conference Thursday night, Assistant Police Chief Paul McDonagh said the suspect in custody was a white male “approximately 26 years of age” who was not a student at the school. McDonagh said his name would not be released until he’s booked into jail for investigation of murder.

The afternoon shooting came a week before the end of the school year, and the situation was particularly tense when police initially reported that they were searching for a second suspect.

“It appears the suspect acted alone,” McDonagh said. Initially, “there was a report of another person with a weapon, but (investigators) have not confirmed that.”

He said he did not know the gunman’s motive or intended target. Detectives are “working as quickly as we can to figure it out,” McDonagh said.

The university locked down its campus for several hours, and it alerted students and staff to stay inside. Some students were taking finals in the same building that the shooter entered.

“There are a number of heroes in this,” McDonagh said. “The people around him (the gunman) stepped up.”

Multiple shots were fired, and the gunman had additional rounds, McDonagh said.

“But for the great response by the people of Seattle Pacific, this incident might have been much more tragic,” he said.

Both the young man who died and the young woman suffered gunshot wounds to the body, Seattle Fire Assistant Chief Jay Hagen told the news conference. One of the less seriously injured men suffered “pellet-type wounds” to his neck and chest.

The fourth person taken to the hospital suffered minor injuries during the struggle with the suspect, police said.

On Thursday evening, people packed the First Free Methodist Church on campus for a service of prayers and song. So many people crowded into the building that dozens of people gathered on a lawn near the church and formed their own groups as the sun set.

“We’re a community that relies on Jesus Christ for strength, and we’ll need that at this point in time,” said Daniel Martin, president of Seattle Pacific University.

About 4,270 undergraduate and graduate students attend the private Christian university. Its 40-acre campus is in a leafy residential neighborhood about 10 minutes from downtown Seattle. The school canceled classes and other activities Friday.

Jillian Smith was taking a math test on the second floor of Otto Miller Hall when a lockdown was ordered.

She heard police yelling and banging on doors in the hallway. The professor locked the classroom door, and the 20 or so students sat on the ground, lining up at the front of the classroom.

“We were pretty much freaking out,” said Smith, 20, a sophomore. “People were texting family and friends, making sure everyone was OK.”

About 45 minutes later, police came and escorted them out of the building two by two, she said. On the way, they passed the lobby where she saw bullet casings and what appeared to be blood in the lobby carpet and splatter on the wall.

“Seeing blood made it real,” Smith said. “I didn’t think something like this would happen at our school.”

Ashley Springer, 26, was in a classroom with her professor and a few other students when a woman with a bullhorn came into the room and told them to lock the door, pull down the shades and turn out the lights.

David Downs, a 22-year-old senior who is graduating next week, said he left campus 30 minutes before the shooting.

“I’m in utter shock,” said Downs, who is a point guard on the university’s basketball team. “It’s so unbelievable to me that this could happen on our campus. It’s the last thing I would have ever thought could happen here.”

“It puts things in perspective,” he said. “Anything can happen, even on a small Christian campus.”

The gun violence follows a spate of recent shootings on or near college campuses.

Last month, according to police, Elliot Rodger killed six people and injured seven before turning his gun on himself in a rampage in Isla Vista, California, near two universities.

Seven people were killed and three injured when a 43-year-old former student opened fire at a tiny Christian school, Oikos University, in Oakland, California, in 2012. A gunman killed five people and injured 18 when he opened fire in a Northern Illinois University lecture hall in 2008.

In 2007, 32 people were fatally shot in a dorm and classroom at Virginia Tech in Blacksburg, Virginia, before the gunman killed himself.

Seattle Mayor Ed Murray, noting previous mass shootings in the city, said: “Once again the epidemic of gun violence has come to Seattle.”