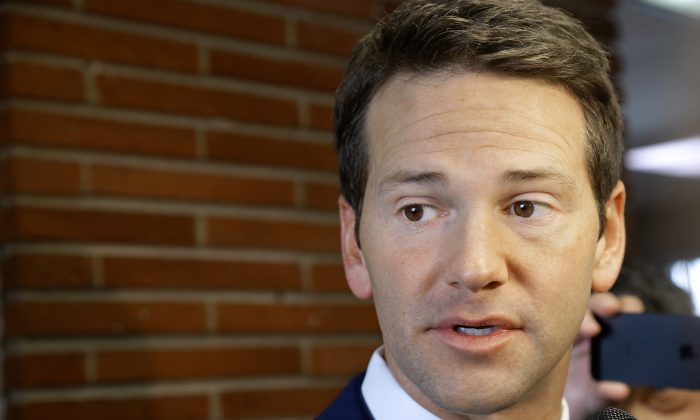 “Today, I am announcing my resignation as a member of the United States House of Representatives effective March 31st,” Schock said in a statement. “The constant questions over the last six weeks have proven a great distraction that has made it too difficult for me to serve the people of the 18th District with the high standards that they deserve and which I have set for myself.”

In February, accusations arose that Schock had billed Congress thousands of dollars for campaigning expenses that were actually used for private flights, including to a Chicago Bears football game. There are also discrepancies on how much he drove on the campaign trail. Schock had reported 170,000 miles in his personal SUV between 2010 and 2014, but the odometer on his car showed that only 80,000 miles were driven, meaning that he was reimbursed for an extra 90,000 miles.

“I do this with a heavy heart. Serving the people of the 18th District is the highest and greatest honor I have had in my life. I thank them for their faith in electing me and letting me represent their interests in Washington. I have given them my all over the last six years. I have traveled to all corners of the District to meet with the people I’ve been fortunate to be able to call my friends and neighbors,” Schock continues in his resignation letter.

Serving the people of the 18th District is the highest and greatest honor I have had in my life.
— Rep. Aaron Schock

Schock had also been under scrutiny for the lavish redecoration of his office in the style of estates found in the TV show Downtown Abbey, and was later pressured to give Congress $40,000 back for the expenses. Schock’s spending habits had been used to attack the Republican leadership in Congress.

“The Republican Congress certainly has had a bumpy first two months on the job. And now that Congressman Aaron Schock (R-Downton Abbey) has revealed he’s uncertain as to whether his reported lavish spending of taxpayer dollars actually broke the law, it’s even more evident that Speaker John Boehner is unable to control the members of his own caucus,” the Democratic Congressional Campaign Committee said last week.

Schock is not the only Congressman to have resigned in the current Congress. Rep. Michael Grimm (R-N.Y.) resigned in December after he was found guilty of tax fraud during the management of his health food restaurant.