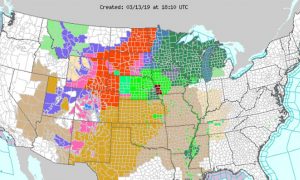 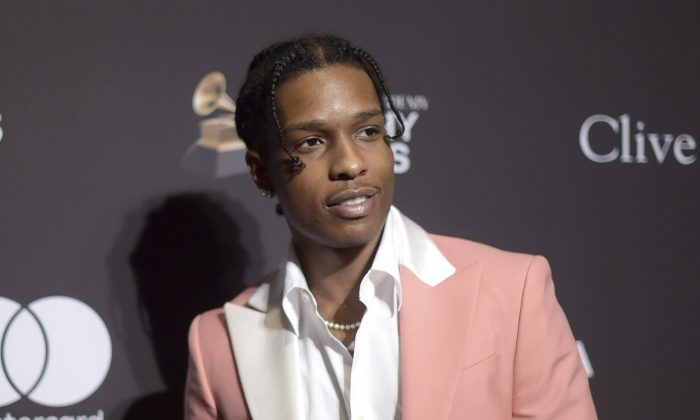 Rapper A$AP Rocky and two other Americans have been temporarily released from detention in Sweden until Aug. 14, when their trial verdict will be announced, according to a Swedish court.

Rocky, whose birth name is Rakim Mayers, and two other suspects were charged with assault for an incident that occurred in Stockholm on June 30. Sweden, which lacks a bail system, has kept Rocky in prison since July 3 after video footage appeared to show him and his companions assaulting a Swedish man, 19-year-old Mustafa Jafari.

Another video showed two men harassing the rapper outside a restaurant. The rapper asked them to stop following him and said one of them hit his bodyguard with their headphones. Police said they dropped an investigation against one of the men.

President Donald Trump said in a Tweet following the news that Rocky was “on his way home to the United States from Sweden” but it wasn’t immediately clear from the decision by Stockholm District Court whether the three suspects could leave the country.

“A$AP Rocky released from prison and on his way home to the United States from Sweden. It was a Rocky Week, get home ASAP A$AP!” he wrote.

A$AP Rocky released from prison and on his way home to the United States from Sweden. It was a Rocky Week, get home ASAP A$AP!

Trump has been monitoring Rocky’s arrest in Sweden and had repeatedly called for the rapper’s release in recent weeks. On July 20, he also made a call to the Swedish Prime Minister Stefan Löfven, who assured him the rapper will be treated fairly.

During his closing statement, prosecutor Daniel Suneson asked for a six-month sentence for the rapper. Meanwhile, Rocky said earlier on Aug. 2 that he thought community service would be a proper punishment for him.

One of the key issues during the trial was whether or not Jafari, who got into an argument with rapper’ entourage, was hit with parts or a whole bottle. On Aug. 2, two women witnesses told police that they saw Rocky and his companions beating and kicking Jafari.

Meanwhile, one of the women revised her initial story she told police about what she witnessed with the bottle. She said she heard the bottle being crushed, however, she couldn’t say whether Mayers’ entourage threw the bottle to the ground or hit Jafari with it.

Rocky’s bodyguard, Timothy Leon Williams also testified before the court on the same day saying that he saw Jafari approaching the rapper’s entourage outside a restaurant in Stockholm and trying to talk with them.

Williams said he didn’t understand what language Jafari was speaking but he knew something was not right.

“I’m noticing it because I’m a bodyguard. I’m looking at him and saw that his eyes were really glossy, like he’s on something,” Williams said in English.

Rocky pleaded not guilty at the start of the trial, saying that he acted in self-defense as the Jafari would not leave him alone. He also testified the day before, saying that he thought the alleged victim was under the influence of some kind of drug.

If convicted, Rocky faces up to two years in prison.

The Associated Press and NTD Reporter Zachary Stieber contributed to this report.