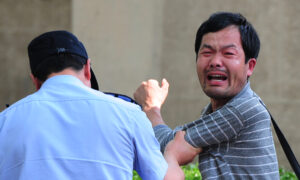 Chinese Regime Spent Hundreds of Thousands to Block a Petitioner Who Was Seeking $15,000 in Compensation
0
Share Now
TelegramFacebookTweetEmailTellMeWeReddit
Copy Link 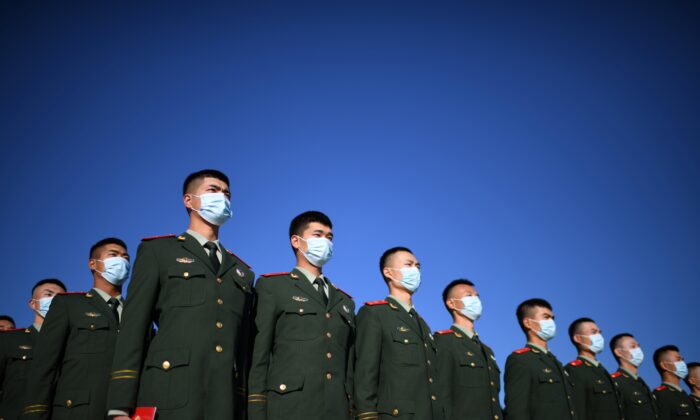 A Chinese police constable had to resign because his father was being harassed for reporting the illegal operations and breaches of regulations of a local business. Police officers from the public security office went to his home on the evening of Sept. 5 to bring him in for questioning. Luckily he was not there at the time.

Wang Ke, born in 1990, was a second-class police constable of the Huangyan Police Station, Taizhou City, Zhejiang Province, before he resigned in August. The city is about 300 km south of Shanghai.

Wang Youyi, Wang Ke’s father, reported online in 2018 that Yuanqiao Supply and Marketing Cooperative illegally leased the business licenses of its gas stations to individuals with no business qualifications and that there were safety hazards in the gas stations. The safety issues included a dangling power wire above a gas pump and trees close to fuel nozzles.

Wang Youyi is a shareholder of the cooperative that he was reporting on.

One of his online posts stated that the ground construction of one of the gas stations didn’t comply with the land certificate, meaning that placement of the gas station was probably not approved by the local land management administration.

In his posts, Wang Youyi reported the alleged breaches to the local market regulation administration, the fire brigade, work safety administration, and the local Chinese Communist Party’s (CCP) disciplinary organ. He went to the local disciplinary committee on March 22, 2021, to inquire about the results of the investigations. The staff told him: “What you reported is a legal dispute; we can’t reach an investigative conclusion. No conclusion is our conclusion.”

According to Wang Youyi’s online posts, Deputy District Director of Huangyan District Jiang Dehua held a coordination conference on May 21, 2019, about the alleged breaches of regulations and business license issues of the gas stations. Almost two months later, on July 18, the market regulation administration replied to Wang Youyi that it “cannot cancel the business licenses of the two gas stations based on relevant laws.”

Wang Ke helped his father post the materials on Chinese social platforms. He did not expect that he would be put under pressure by his own police station for assisting his father’s reporting.

Wang Ke has a Bachelor of Laws degree, majoring in criminal investigation. He also holds a Chinese lawyer’s license.

Wang Ke told the Chinese edition of The Epoch Times on Sept. 2 that the Huangyan Police Station, where he worked, tried to silence his father by exerting a lot of pressure on him.

Police officers of various levels have summoned him at least 100 times in the past three years, asking him to persuade his father to stop reporting, but Wang Ke refused to do so. They also investigated him in various ways and threatened to fire him. The police station once held him in solitary confinement. He was rated as “incompetent” in his 2019 and 2020 annual assessments, which is a reason for a Chinese workplace to fire an employee. Wang could not accept what he was experiencing because he had done nothing wrong.

Through his and his father’s experiences, Wang realized that Chinese society under CCP rule functions in an abnormal way. “I haven’t seen [the dark side of the society] before and I could not see clearly [the reason],” Wang said. He came to understand that his father has been upholding justice, and he later helped his father to post details of his allegations on China’s social platforms.

“I feel the local political environment is really murky. Officials collude with and protect each other. I couldn’t bear this atmosphere and didn’t want to tolerate such treatment, so I resigned,” Wang said.

The past few years were like a nightmare to Wang. He wrote in his resignation letter: “What I have experienced in the past years caused a lot of mental pain. I often have insomnia, cold sweats, and nightmares. I feel very upset and anxious in my heart.”

Wang noted that the basic reason for the deteriorating society is corruption in the system. “Unless you do not want any promotion or benefits, you have to sell your soul to them to a different extent in the current system,” Wang said.

Wang happened to not be at home on Sept. 5 when agents of the local public security came to get him. They left a message with his family, asking him to remove the online posts. He ran away but was caught the next day.

The Chinese language Epoch Times reached out to the interviewee before the publication of the article but did not succeed. An anonymous source told The Epoch Times that Wang Ke was taken away by the local police on Sept. 6.

To date, The Epoch Times has not been able to verify the details after contacting the local police departments and individuals who have refused to comment. The Epoch Times will continue to follow up.

Wang’s former colleague Chi Wen has been arrested twice under criminal charges after he reported that Zhou Xianghui, the deputy chief of the police station, committed adultery.

Wang’s friend hopes the international society will support Wang and others like him.