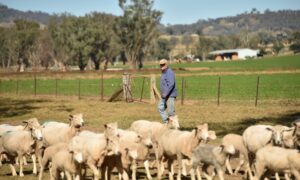 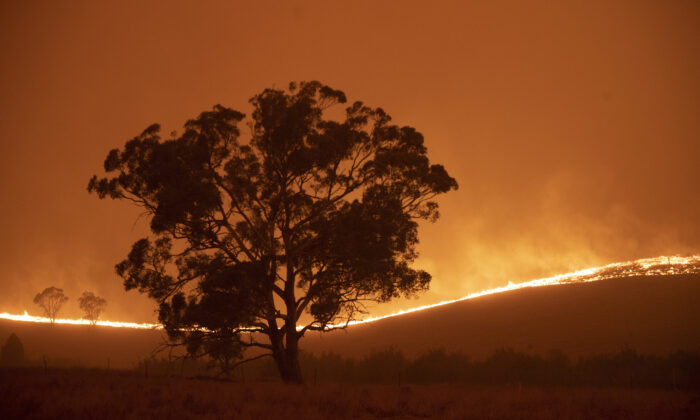 A Year of Fire, Floods and Plague for Many

“We were prepared, but I don’t think anyone could have prepared for last summer,” he told AAP from his Milton farm on the NSW South Coast 12 months on.

He and his partner’s home and major infrastructure survived, but about 75 percent of their land was razed.

“It was like a lunar landscape after the fire went through,” Miller said.

What remained burned when the next fire hit on January 4.

Another one came six days later, a flare up from a nearby rainforest blaze.

The fourth swept through Miller’s property on January 23.

“My partner thought she was going to die on more than once occasion,” Miller said.

They had 1000 milking cows that went hungry because the fires stopped feed coming in.

“We had them on rations, just waiting to get trucks in. That was the hardest part for a dairy farmer, to know that you’re unable to feed your animals properly,” Miller said.

All up, including from the floods that followed, he lost about 150 cows.

It put out the fires but left a thick layer of ash “that set like concrete and killed everything underneath it”.

Two more floods came after that. Earlier this month, a windstorm ripped the dairy roof off.

“We just were like robots, just trying to keep everything happening. The animals depend on you, you can’t just stop,” Miller said.

“There was no relief. We just had to cope.”

In comparison, the COVID-19 pandemic was easy to deal with.

The call is echoed by NSW firefighter Darin Sullivan.

He was with his wife and family at Conjola when things turned “apocalyptic” on New Year’s Eve.

He hadn’t seen anything like it in his 30 years with Fire and Rescue NSW.

He drove through the Currowan fire to ferry oxygen equipment to his colleagues and collected his wife from their holiday cabin the way back.

The nearby suburb of Conjola Park had been annihilated.

“To see 90 per cent of a suburb razed to the ground was quite distressing,” he said.

As 2021 approaches, he remains frustrated, and feels nothing’s been done to address climate change and prepare for the next disaster.

“We’ve just gone back to going ‘well, it’s going to be wet this summer so that’s all cool’,” he said.

“That’s just not the case.

“In three, four years’ time, we’ll have been through the same cycle, and the fire season will be hotter and drier.

“There we were, the whole state was on fire. People lost so much and what have we done? Not much.”

Xinjiang Genocide Means US Firms Can’t ‘Continue to Deceive Themselves’ About China: US Commissioner
0

Se Hoon Kim: From a CCP Advocate to a Human Rights Activist
0