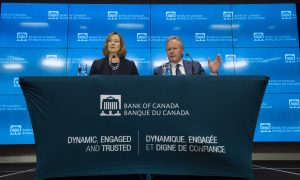 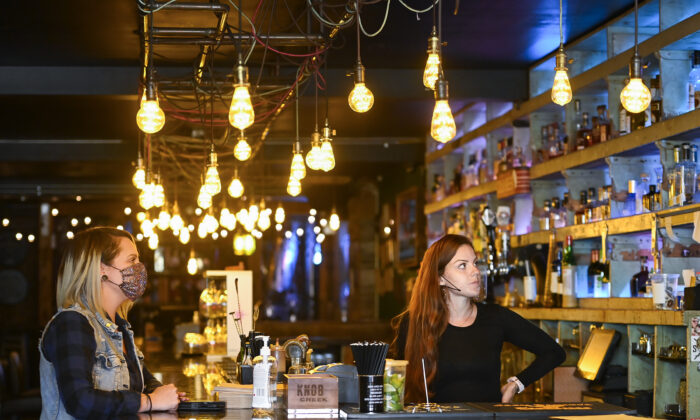 Staff members at a bar and restaurant watch the news on federal government announcements on a television in Mississauga, Ont., on Oct. 9, 2020. (The Canadian Press/Nathan Denette)
Viewpoints

A Word of Advice to the PM on Wealth Creation

As you lead our nation through the COVID-19 crisis with your customary wit and grace, we have been asked to provide you with a quick briefing on a topic of unappreciated importance. Namely, where wealth comes from.

Your administration has been providing pandemic relief on an extraordinary scale, handing out more than $1 billion a day with no sign of fatigue. But please carve a few minutes from your busy schedule to consider a point essential to sustaining your policy.

It is that money is not wealth. Money constitutes a legally enforceable claim to wealth, so handing it out increases the share of any available wealth the recipients can acquire. But it does not increase the total amount of wealth, and it matters.

We shall resist a detour into the nature of wealth. While our memo refers to “Stuff”, the value of anything from basic “goods” like food, clothing, and shelter to “services” like transportation and entertainment is ultimately the service provided; thus food is valued for nourishing, relieving hunger pangs, and pleasing the palate. But it’s not relevant, except in reminding us of the complexity and subtlety of wealth creation and exchange.

We will again resist complexities here, from the flow of new wealth versus the stock of existing wealth to precise measurement of inflation in a world where “money” has become far more complicated than old-tyme “currency plus bank deposits.” But somewhere out there, PT still equals MV. Just a little equation for the former math teacher. For everyone else, it means more money chasing the same amount of goods and services means inflation. Which undermines trust as well as prosperity, especially if it is redistributive inflation that falls hard on savers while benefitting borrowers.

Some people evidently believe wealth simply appears when needed, whether through privileged personal experience or the extraordinary increase in overall prosperity in the West since Adam Smith and James Watt. And it doesn’t help that John Maynard Keynes supposedly refuted “Say’s Law” nearly a century ago, saying that instead of supply creating its own demand (the production of something valuable inherently giving its maker leverage in the marketplace), demand creates its own supply so printing or borrowing money conjures wealth out of thin air.

If the latter sounds too good to be true, it is. By the 1980s we discovered empirically that Keynes was wrong. But too many politicians were unwilling to relinquish the notion that they had magic power to create wealth and trade it for votes, and shunned traditional economics as desperately uncool. And Mr. Prime Minister, if by handing out $343 billion in free money you have created $343 billion in wealth, or far more due to the fabled “multiplier” effect, you have solved the problem of want and are the greatest benefactor to mankind in nearly two millennia. But if not, you need to focus more on where wealth really comes from.

According to pre-Keynesian yokels, it’s a combination of human ingenuity and effort. Someone finds a way to make two ears of corn grow where one did before, or turn a thousand-dollar pile of metal, plastic, energy, and exertion into a computer worth $2000, and wealth is created; provided, crucially, that the government protects their freedom to create, exchange, and enjoy the fruits of their labour.

In a crisis it may be desirable to transfer some wealth from those with sufficient to those without. But it is necessary to understand that (under all circumstances) doing so discourages wealth creation, by lessening the reward for bringing it into existence and reducing the penalty for not doing so.

Doubtless you grasp these points. But this memo may assist you in explaining them to colleagues and constituents in danger of embracing the shockingly common and dangerous habit of mistaking money for wealth.

P.S. We also suggest sharing Bastiat’s “The Law” and Read’s “I, Pencil” with them.