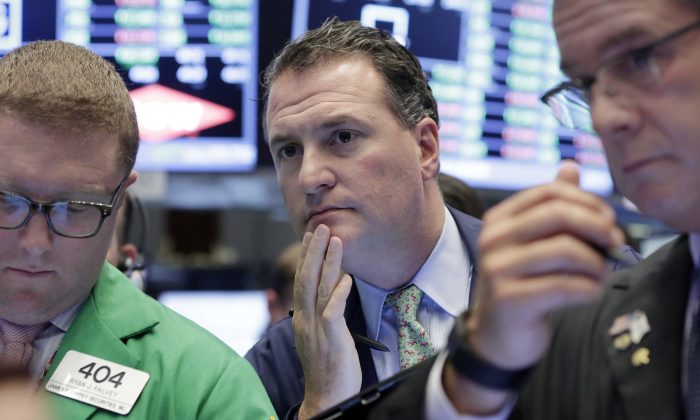 NEW YORK—A week after Britain’s shocking vote to leave the European Union, markets seem to have pushed the pause button.

After a two-day spree of near panic selling that wiped out an unprecedented $3 trillion from global markets, investors, analysts and pundits in the U.S. and abroad spent the week following the vote collectively revising their knee-jerk reactions to what has become known as the “Brexit” vote.

Markets closed out the week just a hair below their pre-vote level, with the S&P 500 index rebounding from a 5.3 percent drop to finish just 10 points below where it started.

A week after Britain’s historic “leave” vote, what’s the outlook for markets and the economy? Is the sky really falling, or are there opportunities, if not silver linings, for investors?

Here are five ways markets are rethinking the impact of the unprecedented move by an EU member to begin unraveling the nearly 60-year-old project to bring peace and prosperity to Europe.

The impact will vary widely depending on your distance from the Brexit bomb’s crater.

Worst off, predictably, will be Britain. Its finance minister, George Osborne, warned Friday that the referendum is “likely to lead to a significant negative shock for the British economy.” The Institute of International Finance, a think tank for the banking industry, predicts Britain will slide into recession in the second half of this year.

Fallout in the eurozone will be less, but still significant. Brad Setser at the Council on Foreign Relations reckons that just the uncertainty over Britain’s departure from the trade block “will knock a cumulative half a percentage point off euro area growth over the next two years.”

The IIF, meanwhile also predicts a hit to the 19 eurozone countries: It forecasts growth there will fall to 1.4 percent next year from 1.7 percent in 2016.

Outside Britain and the euro zone, a consensus is emerging that the damage will be contained.

While the direct impact on the U.S. of weaker economic growth in U.K. isn’t large—American exports to Britain account for only around 0.5 percent of U.S. GDP—the primary economic challenge is expected to be uncertainty.

“Only if we see some sort of “exit fever” spreading through other countries will the damage be severe” in the U.S., S&P Global Ratings says.

Ksenia Bushmeneva, an economist with TD Economics, predicted Britain’s departure from the EU would slow global growth by 0.2 percentage points next year to 3.2 percent. “The U.S. economy should be relatively well-insulated but it will not be completely immune,” Ksenia said.

The amped-up dollar and the uncertainty that followed the British vote mean the Federal Reserve probably won’t raise American interest rates anytime soon, perhaps not until next year.

S&P Global forecasts the Federal Reserve will “likely stay on the sidelines” until its December meeting. The Fed will then “gradually” raise rates next year, S&P Global says.

Oppenheimer Funds Chief Investment Officer Krishna Memani likens the current situation to how Europe’s central bank handled its 2011 crisis. Memani says the Fed and other central banks “will do whatever is necessary to limit the fallout from the (British) referendum and provide support to the global economy.”

Last week’s tumult in Britain and Europe sent investors fleeing to the refuge of U.S. government bonds, pushing down American interest rates. Long-term U.S. mortgage rates fell to new lows for the year, which is good news for the housing market.

Lawrence Yun, chief economist for the National Association of Realtors, says Britain’s isolationist move “may cause wealthy foreigners to consider selling their properties in UK, especially in London as it becomes a less attractive place to set up offices to conduct global business.”

Yun forecast demand for US real estate to rise “if global investors view America as open to global business.”

Economists, impressed by the vitality of American consumers, expect the economy to grow at least twice as fast from April through June as the 1.1 percent rate in the first quarter. Consumer spending, after all, accounts for 70 percent of U.S. economic activity.

Meanwhile the Federal Reserve reported Wednesday that 31 of 33 big banks passed an annual checkup meant to show whether their finances are strong enough to withstand a major economic downturn.

The stress test results suggest that the financial fallout from the British exit from the EU won’t be anything like the Wall Street panic that followed the September 2008 collapse Lehman Bros.

“The United States appears to be an oasis in the storm,” said Mark Vitner, senior economist at Wells Fargo. “Growth is solid, albeit unspectacular, which is far better than much of the rest of the world.”