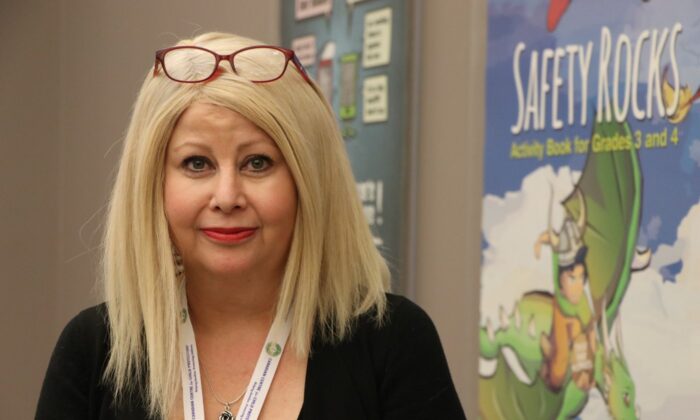 Lianna McDonald, the executive director of the Canadian Centre for Child Protection based out of Winnipeg, poses in Winnipeg on May 17, 2022. (The Canadian Press/Kelly Geraldine Malone)
Canada

New statistics show that police-reported extortion cases in Canada rose by nearly 300 percent in the last decade, as the crime swelled online during the COVID-19 pandemic.

“These concerning increases are being facilitated by social media platforms and other electronic services providers,” said Lianna McDonald, the executive director of the Canadian Centre for Child Protection, in a news release.

“It should be a wake-up call.”

The nature of these crimes has moved online, Statistics Canada said, and may have been exacerbated by increased internet activity during the pandemic. There were almost 15,500 cybercrime-related harassing and threatening behaviour violations in 2021—up 21 percent from 2019.

There was a 120 percent increase in reports of online luring between January and June, Sauer said. The line is now seeing 300 extortion cases a month, up from 155 earlier this year.

The number of people being targeted is also likely higher, Sauer said, but many don’t report it out of a sense of embarrassment or shame, especially when it’s children.

“I think there are a lot of kids out there that are trying to manage these situations on their own without an adult or without reporting to us,” he said.

Sauer said oftentimes children are specifically targeted. Organized crime rings based overseas pose as young women on social media platforms that teenagers use such as Snapchat and Instagram.

They convince them to send sexually explicit images or videos and then immediately threaten to share the content if the children don’t provide them with money or sometimes more images.

The consequences of the crime can be deadly. A 17-year-old Manitoba boy killed himself earlier this year only three hours after he was targeted online.

Police agencies across Canada have been sending warnings after a stark increase in sextortion scams.

Statistics Canada also noted an increase of incidents involving luring a child through a computer—up five percent compared to 2020.

Last month, a 13-year-old Alberta girl was missing for more than a week before she was found in Oregon and her family says she was caught in the psychological games of a man she met online.

A 40-year-old American man was arrested and charged with rape, sexual abuse and kidnapping.

Sauer said these cases involving online crimes can be extremely difficult to investigate for police because most social media companies aren’t located in Canada and aren’t necessarily compelled to provide officers with information.

While parents should talk about online safety with children, Sauer said that cannot be the only safeguard for kids who increasingly use the internet for school and socializing.

Social media companies could make immediate changes to ensure kids are safe on their platforms, Sauer said. The federal government could also bring in regulations, he added.

Ottawa just wrapped up an online safety advisory council and is in the process of doing consultations in order to form a regulatory framework to address harmful content online.

McDonald said the new crime data reinforces the need for the government “to swiftly impose regulatory guardrails around the technology industry.”

“We don’t allow other types of manufacturers to introduce products into the Canadian market that pose a risk to the public,” she said.

“Yet, in the digital space, it’s a free-for-all at the expense of children.”