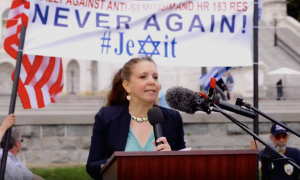 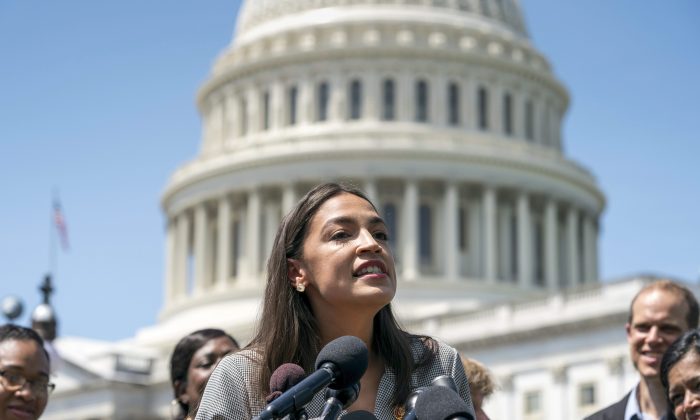 A View From Canada: US Democrats Should Worry Us All

Over the last 100 years, America’s progressive elites have made their home in the Democratic Party. Progressive leaders like Woodrow Wilson, Franklin Roosevelt, Lyndon Johnson, Jimmy Carter, and Barack Obama, along with legions of supporters in academia, journalism, public service, education, entertainment and the arts have been moving that country’s vital centre further and further away from its early origins in classical liberalism, constitutional government, and moral custom.

From time to time the international left’s will to dominance has been slowed by the appearance of countervailing conservative intellectual movements and larger-than-life figures like John F. Kennedy, Margaret Thatcher, Ronald Reagan, and Donald Trump. But as the free world prepares to enter the third decade of the 21st century, the United States—once Canada’s strongest and most reliable ally in defence of liberty—may be on the way to becoming a shadow of its former self.

Suicide of the West

In his recent book “Suicide of the West: How the Rebirth of Tribalism, Populism and Identity Politics is Destroying American Democracy,” Jonah Goldberg points out that the development of constitutional democracy and “the miracle” of democratic capitalism had an enormously positive effect on the West, which eventually spread throughout the world. “The results were inescapable: nearly everywhere on the planet men and women lived longer, ate better, enjoyed more leisure, and had access to resources and delights that previously had been reserved for the very rich and powerful, or more commonly, had been utterly unknown,” Goldberg wrote.

Along similar lines, British historian Andrew Roberts argued in “A History of the English Speaking Peoples Since 1900” that “the miracle” described by Goldberg had important beginnings in Anglo-Saxon England.

Over the last half-century, however, the allegedly “privileged history” of Anglo-Saxons has become the subject of fierce criticism by post-modern historical revisionists who view the past behaviour of our English-speaking forefathers as inherently evil, entirely self-serving, and oppressively patriarchal.

The Tribe of Liberty

Although the conduct of both British imperialists and American patriots has often fallen short of the ideals they stood for, this may not be a useful reason to abandon principles that have provided general political stability and relative economic prosperity among the diverse collection of peoples who have adopted them. The civil foundations of “British particularism” which transitioned into “American exceptionalism” were created by 17th-century Englishmen when they stumbled upon the idea that government should be subject to the law.

It was this “rule of law” above raw power that created the security of private property and the sanctity of contracts that cleared the way for commercial, agricultural, and industrial revolutions and eventually modern capitalism. The English-speaking peoples chose to reward the production of free men and women over the predation of powerful warrior elites and became what Goldberg called “The Tribe of Liberty.”

The train of thought that propelled these principles can be traced through the history of the following: British thinkers like John Locke and Adam Smith, the success of the 1688 Glorious Revolution, the ideas contained in the American Declaration of Independence, the development of Jeffersonian constitutional democracy, and the final abolition of human slavery by the British Empire and the American Republic in the 19th century.

In most countries influenced by the English-speaking tradition, the 20th-century civil rights movements confirmed the principles of equality under law and equal opportunity regardless of race, creed, gender, or class. Despite Great Britain’s early and at times misguided participation in aggressive European colonialism, it is worth remembering that the more enduring legacy of the English-speaking peoples is to be found in the Lockean tradition of individual property rights, responsible government, well-ordered, free societies, and the necessary civic conditions for productive economies.

Despite the long-term beneficial effects of free market capitalism—which over recent centuries has lifted millions of ordinary men and women out of abject poverty and servitude—there have undeniably been less happy outcomes in the form of extreme income inequality and periods of joblessness, depression, and conflict. As Goldberg also reminds us: “Capitalism is the most cooperative system ever created for the peaceful improvement of peoples’ lives. It has only a single flaw: It doesn’t feel like it.”

The creative destruction unleashed by the free market can turn the weak into the powerful or the powerful into the weak, depending on productive merit and ingenuity, or lack thereof. It is often disruptive of existing establishments and invites resentful intellectual forces bent on returning to a former status quo.

None of these versions of Marxist socialism have had a very good record of serving ordinary people. Beginning with the Soviet experiment after 1917, centrally planned and heavily regulated economies have been found to reduce the incentive for individuals to work productively and creatively. Without individual incentives to create wealth, most socialist societies have stagnated and declined. The dramatic decline of Venezuela is perhaps among the best most recent examples.

Marx may have identified some downsides in capitalist societies, but socialist remedies have almost always led to a disincentive to work, a loss of liberty, and a totalitarian temptation among those who seize political power. On the other hand, free market capitalism has lifted up far more people than it has left behind. The world’s poor continue to risk life and limb to enter capitalist countries, not the other way around.

For much of its history Main Street America appeared relatively immune from flawed Utopian idealism and the romantic attractions of socialism. But since the administration of Woodrow Wilson and the development of the progressive movement, the American Democratic Party has become incrementally more socialist in spirit and policy choices.

The first Democratic primary debate on June 27 demonstrated just how far the Democrats have veered to the left, with the some among the 10 candidates indicating they would be open to abolishing the private health insurance system in favour of Medicare for All and decriminalizing illegal border crossings, among other hyper-liberal musings.

Writing in American Greatness, Florida journalist and attorney Christopher Roach contends that since the era of the Vietnam War, the dominant cohort of the Democratic Party has become angry about and alienated toward America itself.
“To the extent that Democrats have a message,” says Roach,“it is mostly anti-Trump and everything he has done. When it is substantive, the message is more extreme and resentment-driven than anything sold by Barack Obama or Hilary Clinton. The leaders are following their activists and, far from moderating their message after a lost election, the Democratic Party has become more extreme than at any point in its modern history, expressing increasing hostility to the country’s core institutions, defining characteristics, founding principles and people.”

In short, should the current Democratic Party, through open border policies and nanny state enticements, succeed in gaining a permanent political edge, the America we once knew may become a thing of the past.

In his latest book, “The Great Divide: Why Liberals and Conservatives Will Never, Ever Agree,” Canadian political philosopher William Gairdner warns of a ubiquitous regime type he calls “libertarian-socialism,” which has already captured the liberal tradition in several modern societies. It is a trans-ethnic, global formula for governance that promises citizens “all the private pleasures and freedoms of the flesh” along with the security of public goods and services in exchange for submission to a regulatory regime and surrender to an unprecedented tax burden.

This is so conducive to the growth of the bureaucratic permanent state that many nations have already become what he describes as “tripartite.” For Gairdner, these are “states in which one-third of the people work to create wealth, one-third are employed by government at some level … and one-third receive significant annual benefits in kind from government.” At the ballot box, he contends that “sooner or later, the last two segments will always gang up on the first.” Should this occur in the United States, the country will find itself in a steep and permanent state of decline.

The answer is simple. As the fate of America goes, so will go the fate of Canada and the free world.

William Brooks is a writer and educator based in Montreal. He currently serves as editor of “The Civil Conversation,” an ejournal connecting members of Canada’s Civitas Society, and publishes essays online at Discourseonline.ca.