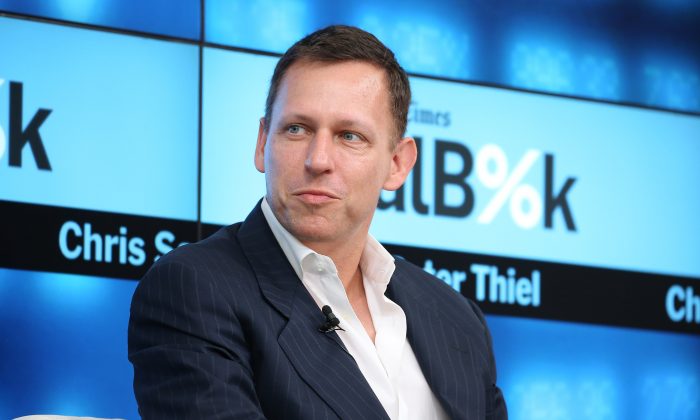 The Internal Revenue Code should be considered a contract between citizens and the government. When Congress makes changes to the law, prior promises should rarely if ever be withdrawn or modified. The government should never subsequently punish taxpayers for arranging their transactions as allowed by the existing tax law at the time of a transaction.

Judge Learned Hand, a federal court of appeals judge in the 1930s, famously said: “Anyone may so arrange his affairs that his taxes shall be as low as possible. He is not bound to choose that pattern which will best pay the Treasury. There is not even a patriotic duty to increase one’s taxes.”

The House Ways and Means Committee should caution that, in arranging one’s affairs to successfully result in the lowest tax under the law, one should be wary of their ability and desire to change those rules retroactively.

During the Clinton administration, the president proposed tax rules that would provide “new rewards for entrepreneurs who take risks.” In 1993, in concert with the objective of increasing investment in new business, the Internal Revenue Code was amended to allow taxpayers to exclude 50 percent of their income for tax purposes from the sale of Qualified Small Business Stock (QSBS), subject to certain significant limitations.

In 2009, after a few other incentives were added for QSBS, President Barack Obama signed new legislation increasing the income exclusion to 75 percent. Completing the trifecta, in 2017, President Donald Trump signed legislation “permanently” increasing the tax exclusion to 100 percent. Investors were required to hold their stock for a minimum of five years before the tax exclusions would be available, along with formulaic limitations on the amount of income that wouldn’t be taxed. Three administrations, two political parties, and more than 20 years of legislation encouraged investment in new businesses through reducing the tax rates on the ultimate sale of those QSBS investments.

The recent report from the Ways and Means Committee proposes to reduce the benefit on sale of QSBS investments to a 50 percent exclusion for sales after Sept. 13, 2021, for taxpayers with adjusted gross income of more than $400,000. The Ways and Means proposal didn’t call for only new investments in QSBS to be subject to a smaller tax exclusion, it called for the effective date to be for sales after Sept. 13, 2021, for previous and future QSBS investments. Taxpayers who invested relying on existing and very specific law won’t receive the benefits promised by that law.

The Ways and Means Committee chose to retroactively invalidate a tax law that was put in place to encourage investment. Taxpayers who relied on the Internal Revenue Code as part of their decision-making process during the past decade now find that the law has been retroactively changed.

When laws are changed retroactively and new taxes are charged, there can be no future reliance on the Internal Revenue Code. That’s the unmaking of a 108-year-old tax system based upon integrity. It doesn’t matter whether the concept of excluding gains from investments in QSBS was good, fair, or stupid. It shouldn’t matter that the current focus of Congress is taxing the wealthy rather than encouraging new private investment. The (our) government encouraged taxpayers to make such investments, and the Ways and Means Committee shouldn’t suggest that the government renege on such promises.

In some ways, the Ways and Means proposals with respect to Roth IRAs are worse than those impacting QSBS—much worse.

Note: This author relies on the statement by the Ways and Means Committee (pdf) and is hopeful that the final legislative language ultimately has a different result.

In a June piece by ProPublica, which they say is based on “tax return data of the ultrawealthy for IRA accounts valued at more than $20 million,” an individual named Peter Thiel is said to have amassed $5 billion in a Roth IRA. Thiel is 53 years old, and if he doesn’t take a distribution until he’s six months shy of 60 years old in 2027, he can receive the $5 billion tax free.

There have been no reports that Thiel has broken any tax laws or any laws whatsoever in brilliantly investing a small amount of money and waking up one morning with $5 billion in his Roth IRA. Judge Hand, if he was still alive, might suggest a lifetime achievement award for tax planning without breaking the law.

Obviously, there was never any legislative intent to allow a taxpayer to achieve a $5 billion tax-free windfall from a Roth IRA. Other reports have indicated that Thiel isn’t alone and that there are almost 500 other Roth IRAs holding assets with a fair market value of more than $25 million.

The Ways and Means Committee has proposed that if a Roth IRA (and similar other retirement accounts) has more than $20 million, it must distribute the excess beyond $20 million by the end of 2022 if the taxpayer has more than $400,000 in taxable income. It would therefore appear that Thiel would have an additional $5 billion of ordinary income included in his 2022 tax return. With the proposed tax rates, Thiel could face federal and state taxes approaching $3 billion. That would be the penalty for amazingly successful and legal tax planning.

Note that Thiel could have purchased the investments for himself directly and there would be no taxation until he sold the stocks. He might have chosen to hold these stocks until death. If held personally, Thiel would have been subject to lower tax rates upon sale, as the income would be subject to capital gains taxes.

Also note that it’s very possible that the shares that underlie the $5 billion value in his Roth IRA could well have prohibitions against sale. It’s not remotely unusual for founders’ shares to be restricted in terms of the ability to sell over time.

What’s notable is that it appears that the Ways and Means Committee is punishing Thiel for taking tax planning steps that were perfectly legal at the time those decisions were made. Obviously, there are a few others in the same boat as Thiel.

It’s easy for anyone to see that the results of the tax planning done by certain wealthy taxpayers provided benefits that Congress could have never imagined. However, the Ways and Means proposals, while understandable if we were on a playground, are inconsistent with a government that views its taxpayers as taxpayers and not serfs. The (our) government needs its citizens to be able to rely on statutory law and not fear a provision in future tax legislation that could be stamped, Vengeance is Mine.