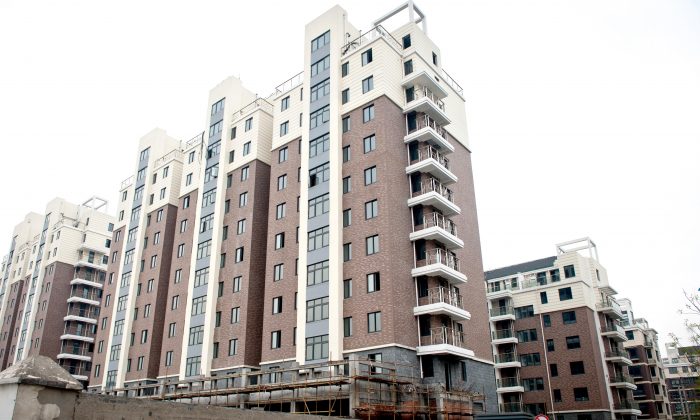 Apartment buildings in Hangzhou, China. Somewhere in Hangzhou, a thief picked an old door lock, helped himself to a young woman's possessions, but then left a note behind with advice for her. (STR/AFP/Getty Images)
China

A Thief With a Conscience Leaves a Note

In order to eat, a thief steals from a sleeping young woman, but, out of pity for her, returns her documents with a note meant to offer kind advice.
By Epoch Times Staff

On November 20, Ms Yu, a 22 year-old girl living in Hangzhou the capital of southern China’s Zhejiang Province, arrived home from work so exhausted that she immediately fell asleep. The door was locked but the lock was very old and easy to open, according to a report from Qianiang Evening News.

Ms. Yu said at about 1 a.m., she was woken by a call from the credit card department of her bank, alerting her that someone was checking her balance.

How could someone else have her credit card? A glimpse around told her that a thief had been there—her purse, laptop, cash, and credit card were all missing. Ms. Yu then called the police.

“Upon receiving the phone call, we immediately dispatched police to investigate. She lived on the fourth floor. An initial investigation showed that the girl knew nothing as she had been sleeping. The door was picked open,” said police officer Mr. Liu from Wen Xin police station. An abandoned bag was found on the first floor and it was later confirmed that it was indeed Ms. Yu’s bag.

“We also found a small pocketbook belonging to the girl, with a note inside written by the thief. The content of the note was hilarious,” police officers could not hold back their laughter after reading it. So, this “compassionate” piece of evidence was withheld by the police.

The note said: “When going to sleep at night, please lock up all the doors and windows. You are dead asleep! I have returned your ID and documents to you. They are useless to me. It is not easy living on your own. I just want some food—hope you will forgive me.”

Ms. Yu said the laptop can’t be sold for much , however its contents are invaluable to her. She hopes to get it back.

Translated by Frank Fang. Written in English by Christine Ford.