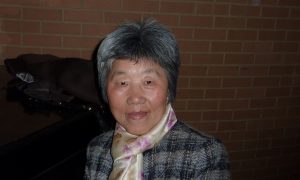 Chinese Refugee Once 'Kept Like an Animal For Harvest'
0 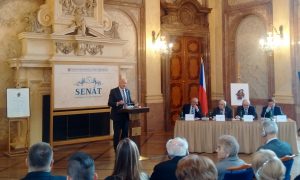 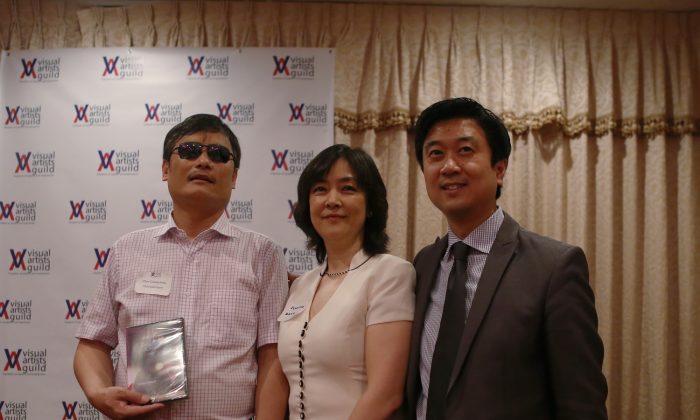 In early December of 2014, as one of the main characters in the award-winning documentary, “Free China: The Courage to Believe,” co-produced by New Tang Dynasty Television (NTD), I was invited to Taiwan to appear at the theatrical screenings in four different cities. The schedule was very tight, as I had to travel to all the cities within three days.

The first two screenings at Taipei and Taichung were quite successful. Hundreds of people attended, most of them young fans of Ben Hedges, the host of NTD’s popular program ‘A Laowai’s View of China And Taiwan’. The audience responded warmly to the film, and was quite shocked to learn to what extent the Chinese Communist Party (CCP) persecutes Falun Gong practitioners, a persecution that extends to murdering them for their organs. As Taiwan had just finished its local elections, with the Nationalist Party (Kuomintang) suffering a major defeat, many audience members asked questions about the CCP. Some kindly invited me to their universities to give lectures.

On the morning of December 7th, we were still in Taichung. According to the schedule, we needed to take the High Speed Rail to Tainan to attend the afternoon screening, then drive to Kaohsiung for the evening screening.

We were about half an hour earlier for our train when we arrived at the rail station. Kevin Lin, a Taiwanese Falun Gong practitioner, suggested that we do the Falun Gong meditation exercises while waiting.

We walked out of the waiting hall, to the small square outside. I set my baggage against the concrete barrier beside a small garden area. I then saw Kevin take out his new iPhone 6S and put it on the concrete barrier to play the music that accompanies the exercises. He then took out his wallet, keys and all other small items from his pockets, placed them on the barrier, and then closed his eyes to begin the exercises.

For him, all of this was very natural and done without thinking. As a mainland Chinese, however, I felt shocked: there were so many people walking to and fro through the square. Didn’t he worry that somebody might take his wallet or his expensive new iPhone?

It seemed that my concern was simply out of place.

Kevin obviously knew nothing at all of my concern for his belongings. With closed eyes and a serene face, he continued with the exercises. It seemed that my concern was simply out of place.

After the screening at the National Sun Yat-Sen University in Kaohsiung finished, many in the audience asked questions about the CCP. Recalling my experiences in the morning at the High Speed Rail station, I couldn’t help sharing a secret, which I had never told anyone before, with the 400 or so students in the audience.

It was exactly 30 years ago. In 1984 I was admitted to the Peking University, the top university in China. I needed to travel thousands of kilometers by train from my hometown in Sichuan Province to Beijing. Before I left, my mother stitched a small pocket into my underwear, put money inside it; and then sealed the pocket with thread so that no one could possibly take the money without undoing the stitching first. My mother reminded me again and again to be careful, and to take good care of the money, which was supposed to support me for two months before my mother could send me more (It was a common practice in China for parents to support their children while attending university, as there was no chance at all for university students to earn any income back then).

After 36 sleepless hours on a hard seat in the train, I arrived at Peking University exhausted. I found the campus bustling with all kinds of people. Each faculty had a booth staffed with senior students set up to register their freshmen. A quiet second-grader was “assigned” to help me. He took me to the Grand Auditorium, where there were “one stop” services for freshmen, including enrollment and meal voucher purchases.

My helper told me that we needed meal vouchers to purchase food at the university canteens. It was better to purchase enough meal vouchers for at least one month, as the vouchers were not sold every day. He then stood aside to wait for me as I purchased the vouchers before he could take me to other areas of the campus.

I looked around to see whether there was a restroom inside the auditorium. Being a shy, 17 year old girl, it was simply too embarrassing for me to tell an unfamiliar young man that I couldn’t take my money out as it was sown into my underwear.

A cold sweat began streaming down my back. I never forgot the extreme embarrassment I experienced at that moment.

Thirty years have passed since my mother hid the money inside my underwear. Now, while walking in China today, what you might lose is no longer just money.

Years later, I discovered that a special type of underwear was being sold at stores and on the Internet. It had a readily made zipper pocket on the front to enable people to hold money inside. After the money was put in, the pocket could be zipped up to create a safe enough place, and it was much easier to take the money out, although one still needed to find a restroom. But compared with the one “zipped” with thread by my mother, it was much more “advanced” and could be used repeatedly. We Chinese have much “wisdom!”

So, this zipper pocket underwear has been sold widely as a commercialized product, with its generic name being “Theft-proof Underwear”.

Can you imagine how many thieves there are in China?

Thirty years have passed since my mother hid the money inside my underwear. Now, while walking in China today, what you might lose is no longer just money.

According to reports by mainland Chinese media, in the evening of August 24, 2013, a six-year-old boy, Bingbing from Fenxi County of Shanxi Province, was kidnapped. Later on he was found with his corneas gone. The remains of his two eyeballs were left on the ground. When Bingbing woke up in hospital, his first sentence was, “Why is it so dark outside?” The poor little boy didn’t know that his very eyes had been stolen!

On August 27, 2013, Yuqi He, a second grade student of Qiming Elementary School in Chenzhou, Hunan Province, went missing. His classmates said that they saw him being taken away by two men. His family searched for him in desperation only to find his dead body abandoned inside a public toilet at a petrol station on September 8. His chest was empty; his organs had been removed.

In February 2012, after lying unconsciously in a hotel room for four days in Dongguan, a suburb forming part of Shenzhen, a megacity in southern China, Mr. Su woke up with acute abdominal pain. After a hospital examination, he learned that one of his kidneys had been removed.

In 2004, Gao Jing, an 18-year-old woman from the city of Yan’an in Shaanxi Province, had her spleen removed at Ganquan County Hospital. Eight years later, in 2012, upon physical examination she was told that her left kidney was missing. Gao’s family took her to the Lantu Judicial Evaluation Center to have her examined. The result: “The connection between the disappearance of Gao Jing’s kidney and the medical operation at Ganquan County Hospital cannot be ruled out.” This might mean that while conducting a spleen removal surgery on Gao, the doctor had also attended to some “extra” work by removing her kidney as well.

The above examples show that in today’s China, on the one hand, the state sanctioned large scale live organ harvesting of Falun Gong practitioners has been going on for years; on the other hand, “civilian theft” has expanded from stealing wallets to human organs.

When we conduct big business or trade with the CCP regime, we often don’t bother to check its credit history.

I escaped from China to Australia in 2001 after suffering unimaginable persecution in Beijing for practicing Falun Gong. While in Australia, I was often asked, “What is the biggest difference between Australia and China?”

My answer has always been, “In Australia, you can trust a stranger in the street; while in China, you definitely cannot.”

Well, after my trip to Taiwan, if people were to ask me what is the biggest difference between Taiwan and mainland China, my answer would be, “In Taiwan, you can leave your wallet on the ground and close your eyes to meditate while in mainland China, you need to sow your money into your underwear before you travel.”

People nod in agreement when I talk about the differences between Australia and China. However, I doubt whether Australians or Taiwanese, who have never had the experience of actually living in China, can truly comprehend the tragedy of not being able to trust a stranger, or having to hide one’s money in their underwear.

Every time after the Free China screenings in Taiwan, when looking out into the applauding audience, I always wanted to say to them from the bottom of my heart, “Dear, kind-hearted people of Taiwan, please cherish what you already have, and don’t be deceived by the CCP. Wealth and power have too often been obtained through sacrificing the interests of the majority of the Chinese people, severely undermining our common future. This kind of ‘prosperity’ will never last long!”

I often shared another thought with them: “When we apply for a credit card in western countries, the bank will definitely check your credit history. It is very strange, however, that when we conduct big business or trade with the CCP regime, we often don’t bother to check its credit history. If we checked just a little, we would find that the CCP has a history of killing, with no respect for honor, principles, or even adhering to its own promises or law. The CCP has a long and bloody history of being responsible for the unnatural deaths of some 80 million Chinese people; and it has never paid back its debts. If we judge things according to the banks’ standards of issuing credit cards, can we issue any credit card to such a brutal regime as the CCP?”

In Taichung, after watching Free China, Wang Ming-I, a journalist from the Taiwan People’s News, stood up excitedly and said, “It was really moving. I hope that President Ma Ying-jeou can watch this movie. If they are here, (if they can see through the CCP for what it is), then both the Nationalist Party and Taiwan can be saved.”

Jennifer Zeng is the author of “Witnessing History: One Woman’s Fight for Freedom and Falun Gong”, and is featured in the “Free China” documentary. She currently works for New Tang Dynasty Television as a reporter. View the documentary trailer and read more information at: http://freechina.ntdtv.org/