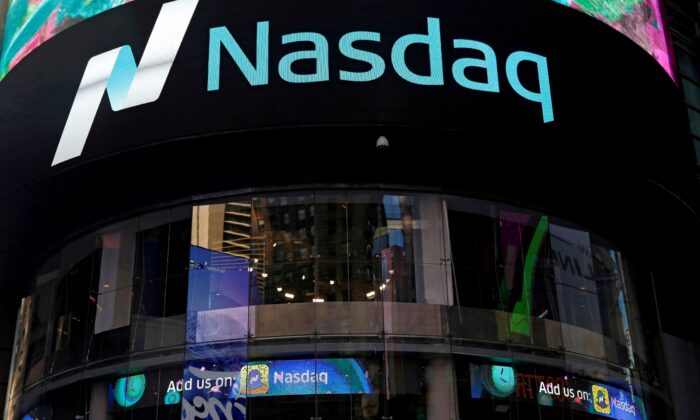 A view of the exterior of the Nasdaq market site in Manhattan on Oct. 24, 2016. (Shannon Stapleton/Reuters)
Viewpoints

A Surge in Stock Offerings

A couple of weeks ago, the buzz on Wall Street centered on a new stock offering. The heretofore private electric car startup, Rivian, listed its shares on the NASDAQ exchange.

This initial public offering (IPO), as such things are called, was the biggest since Alibaba’s 2014 listing. Investors certainly have an appetite for electric vehicle manufacturers, a fact to which the sky-high valuation of Tesla testifies.

But as the patterns of the last few months have made clear, that appetite is broader-based. This year has seen a flood of private companies list on exchanges for the first time, with most met with enthusiasm.

This activity would seem to carry two seemingly contradictory signals about the future. On the one hand, the surge of IPOs speaks to business optimism about the economy by both the listing companies and investors. On the other hand, it signals a belief among managements that stocks today are pricey enough to give listing companies more for their shares than perhaps an internal assessment might put their worth. Certainly, firms wouldn’t readily list if they thought the reverse was true.

After the economic harm caused by pandemic lockdowns and quarantines, it’s striking how many IPOs this year has seen. In the eight months through August, almost 280 new companies have listed. If this pace keeps up, 2021 will see almost twice as many IPOs as last year. Barring some major economic or market setback, it looks as though the pace will hold during the remaining months of the year.

An informal count among financial people reveals at least 100 companies that have either announced their intention to list on exchanges or have indicated an interest. And none of these figures includes the special purpose acquisition company (SPAC) IPOs, which, according to an accounting done by SPAC Research, amount to some 473 so far this year, already some 70 percent higher than all of 2020.

There can be no denying that all this activity carries a positive judgment on the future. Managements raise money through public offerings because they think they have ample opportunity to deploy the funds profitably. They certainly don’t raise capital on such a grand scale to let it sit idle, especially with interest rates and bond yields as low as they are, and inflation now eroding the real value of money at more than 6 percent a year.

The only reason managements would go through the time and expense of an IPO is to expand their operation and take advantage of presumably profitable opportunities. Each firm, of course, makes its decisions about its own products and its particular market niche, but taken across all this IPO activity, the outpouring suggests the kind of general confidence that brings real investment and drives the overall level of economic activity upward.

Less positive is the judgment on the valuation these IPOs contain. If the listing decision reflects a long-term assessment of opportunities for deploying financial capital, the IPO’s timing can reflect an assessment of market valuations. If management determines that market levels are higher than fundamental assessments of the company’s value, they will see an opportunity to raise more than they otherwise could and so rush the IPO to market. If enough companies make the same assessments, they will crowd a year with IPOs, as 2021 is crowded.

Of course, these judgments may have missed some considerations. The assessments on relative valuations may only apply to the listing companies and perhaps those in similar lines of business. Perhaps those taking the view that market valuations are high have failed to consider certain macro considerations, for example, the commitment by the Federal Reserve, despite the increasing inflationary pressure, to reverse its practice of pouring liquidity on markets only very slowly. The flood of IPOs and the valuation judgments they carry in no way imply that a market correction is imminent. Nonetheless, they do carry a warning to investors about any assumption that the rally will continue unabated.

There are no assurances. There never are. What the IPO flood reveals is that a large and diverse group of presumably savvy businesspeople see a bright economic future, but a market that might be pricing itself for something even brighter than the reality they see. It’s a view that investors need to consider and one to which the flood of IPOs has called attention.