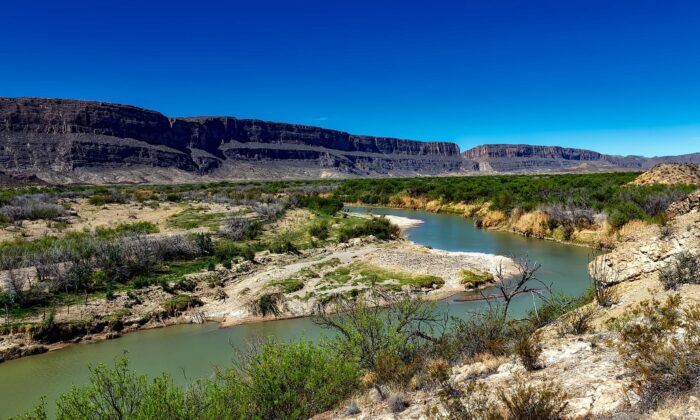 A file photo of the Rio Grande in Texas. (12019/Pixabay)
Viewpoints

As a soldier serving in a Texas task force deployed to assist the U.S. Border Patrol and police, it’s a fair bet Evans knew the individuals were illegally crossing the Mexico-U.S. border.

I’m certain Bishop Evans’ military mission was to observe and assist police. He had a radio to call for help.

However, he saw human beings in immediate danger. So, he acted, disregarding his safety in order to aid endangered human beings.

Evans was on duty in uniformed service when he died at the border. In my opinion Evans demonstrated the genuine courage of a decisive soldier willing to sacrifice beyond the call of duty. The tab on his uniform read “U.S. Army.” He was an American soldier subject to U.S. military law. We should laud his heroism.

Yet small White House voices dismiss his death because he was on “state” duty.

Bishop Evans had values. He valued human life. Patriotism is another demonstrated value. In high school he was on the JROTC drill team. He joined the National Guard in 2019 and served overseas.

Then Customs and Border Patrol arrested them. CNN and Dailymail.com cited a Texas Ranger source. The two migrants were suspected of being “involved in illicit transnational narcotics trafficking.”

Drug smugglers. Given the lethality of fentanyl, drug smugglers are a link in a chain that murders Americans by the thousands. Two milligrams can kill a human being. According to the Centers for Disease Control and Prevention, from April 2020 to April 2021, over 100,000 Americans died of drug overdoses and fentanyl was involved in two-thirds of the deaths.

No matter how “woke” leftists feel about immigration, undocumented entrance into the United States is a violation of law. Trafficking illegal drugs is criminal. If the Rio Grande Two were smuggling fentanyl, then they were aiding mass murder.

More bitter reality: The Associated Press reports that in March, migrant apprehensions “along the southern border soared to 221,000 … a 22-year high.” Some six million migrants illegally enter the U.S. annually. Houston, Texas’s metropolitan area has about 6.6 million people. The U.S. cannot economically and socially sustain adding a Houston a year in uncontrolled immigration.

It’s a type of human wave invasion. So, call it the war it is: The Biden Border War. As for the migrants Evans tried to save, they were logistics personnel in China’s 21st-century Strategic Drug War.

Communist China is the world’s primary source of fentanyl. Beijing either ships it directly to the United States or smuggles it in via Mexico. The Chinese Communist Party has the power to control fentanyl production but doesn’t.

The historically informed get it. From 1839–1842 China’s Qing dynasty went to war with Britain to stop the Brits from selling opium in China. The drug threatened Chinese social cohesion.