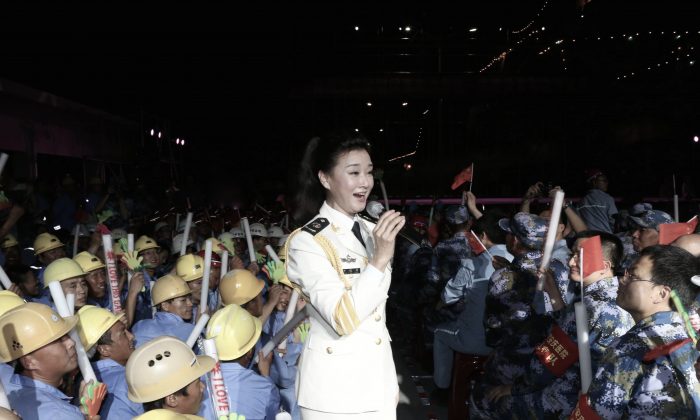 A Singer and Comedian in Trouble With the Chinese Leadership

After a yearly political meeting has concluded this week, the Chinese Communist Party announced the members of its 2,000-plus political advisory body, called the People’s Political Consultative Conference on Jan. 25.

Missing from the list are some notable names connected to former Party leader Jiang Zemin—signaling that his influence in the Party is further weakening.

The Conference includes Party cadres who work in the arts and entertainment field. Song Zuying, a popular folk singer, had previously been selected for the Conference three consecutive times, but lost out this time.

What is her connection to Jiang? She is his mistress.

A Songstress in Power

Song met Jiang in the early 1990s and was quickly propelled to fame. A 2015 book published in Hong Kong, titled “Mother Tiger: Song Zuying,” detailed how many high officials pandered to her in order to win favor with Jiang, including former head of the propaganda department Li Changchun, military general Xu Caihou, and deputy minister of Ministry of Foreign Affairs Li Zhaoxing.

Song wielded so much power she earned the nickname “rear admiral” while serving in the now-defunct Song and Dance troupe within the Chinese navy.

On stage, she reigned supreme at the Chinese New Year Gala put on by the state broadcaster CCTV every year, performing for 24 years straight, thanks to Jiang’s political patronage.

But as current leader Xi Jinping came to power in 2012, Jiang and his associates lost their dominance.

One by one, Party officials loyal to Jiang have been purged under Xi’s anti-corruption campaign.

In 2014, Song was abruptly excluded from performing at the CCTV Gala, signaling her downfall. She has not been invited back since.

According to overseas media Bowen Press, since Jan. 13 this year, Song has been under investigation by military and anti-corruption authorities, on allegations that she used military and Ministry of Culture funds to finance her solo concerts overseas. In the early 2000s, she held concerts in Sydney, Australia; Vienna, Austria; Washington D.C., United States, and more.

A Comedian in Trouble

Another Jiang associate who did not make the cut to the Party’s advisory body is Zhao Benshan, a well-known comedian who also frequently performed at the CCTV Gala.

Since 2013, Chinese state media has run articles about Zhao and Song’s illicit affair. Signs of Zhao’s fall from grace began in October 2014, when he was missing from city, provincial, and national Party sessions on arts and entertainment.

Zhao and Song developed a close relationship from their years performing on the same CCTV Gala event, according to state media.

But his missteps went beyond that. Zhao had political ties with the disgraced former Party boss of Chongqing City, Bo Xilai. Bo was a henchman of Jiang, who colluded with former security chief Zhou Yongkang and others to attempt a coup that would displace Xi and allow the Jiang faction to rule.

A 2015 article by Chinese journalist Jiang Weiping detailed how Bo allowed Zhao to amass over 1 billion yuan (US$160.6 million) in illegitimate wealth. Zhao was also involved in Bo’s coup; the latter promised that Zhao would get the Minister of Culture position if the coup succeeded, according to Jiang Weiping.