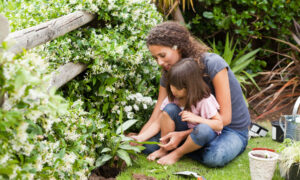 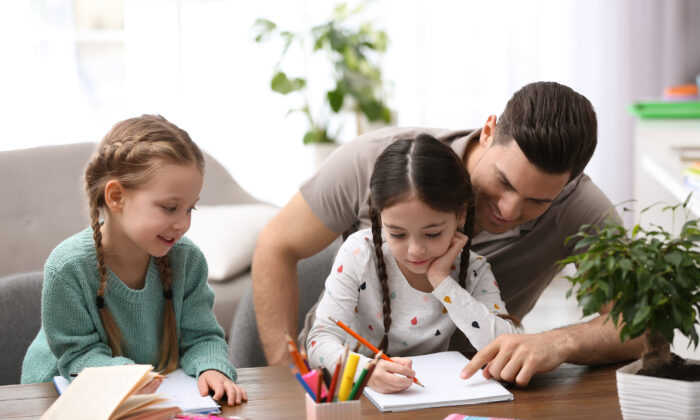 When parents are involved in a child’s education, the child succeeds. (New Africa/Shutterstock)
Viewpoints

A Silver Lining in the Pandemic Cloud

Why? Because when parents are involved in a child’s education, the child succeeds. That’s not just a statement of opinion, it’s a statement backed up by hard facts.

In 1997, Karen Bogenschneider of the University of Wisconsin–Madison studied 8,000 high school students in nine high schools in Wisconsin and California. She found that, with only a couple of exceptions, children whose parents were involved in their education achieved higher grades (pdf).

The National Home Education Research Institute has found that home-schooled students score, on a typical basis, more than 15 to 30 percentile points higher than public schooled students on standardized achievement tests. They also score above average on achievement tests regardless of the educational or income level of their parents. They score above average on college entrance examinations as well.

If there has been one very positive development in the last 18 months of COVID-19, it’s that parents have become more involved in their children’s education. We’re seeing that involvement transpire as parents are playing a more active role in engaging with their local school boards regarding what their children are and aren’t learning. But we are also seeing it in another key area: More parents are homeschooling their children than ever before.

Homeschooling, which was once frowned upon as a fringe movement of parents who wanted to isolate their children from the world, has grown from an estimated 13,000 children in 1973 to more than 3.5 million as of 2021—roughly 6 to 7 percent of the student population. It’s also more than 1 million more children than were being homeschooled in 2019.

That growth has shaken the foundation of the educational establishment, which sees its iron grip on the education of U.S. children slipping away as parents are taking back control of what and how their children learn.

Why? Because homeschooling allows for parental involvement, individual attention, and a focused curriculum that emphasizes education instead of political agendas.

In fact, homeschooling is the ultimate parental involvement in a child’s education. And it’s not just white, middle-to-upper class parents who are homeschooling their children. Many minority parents are also seeing the benefits of teaching their children at home and not in abysmal schools that don’t provide the proper education to succeed in life. A 2016 survey by the Department of Education found that 41 percent of homeschooled students were Black, Asian, Hispanic, or non-White/non-Hispanic—many who were seeing their children struggle in failing public schools.

Thus, that explosive growth is great news for all children—regardless of race or socioeconomic status—as so many of our current issues, such as the inability for businesses to find qualified workers to government dependence to our current political discourse—can be tied back to our failed educational system.

As the left-leaning Center for American Progress has concluded (pdf), our current educational system turns out “a large percentage of students [who] land a high school diploma that is basically meaningless. The document might indicate that the students are ready for college, but in reality, the students simply do not have the necessary skills or knowledge.” That statement is sad but has become increasingly true.

The return to homeschooling is a pivotal moment because ultimately, restoring our nation’s educational system starts at home. Restoration occurs when parents are emotionally and intellectually involved in their children’s education. When parents, instead of bureaucrats, have control, children receive an education that fits their unique personality and talents, instead of being shoved into a one-size-fits-all environment that fits no one.

The data are clear: When parents are allowed a greater say in their children’s education, children thrive. As researchers from Johns Hopkins University and Manpower Demonstration Research Corporation (MDRC) put it back in 2013 (pdf): “When parents are more engaged, children tend to do better.”

That’s why there’s much to celebrate as parents in the United States choose to personally educate their children. The return to homeschooling is truly a silver lining in our current pandemic cloud.

Timothy S. Goeglein
Follow
Timothy S. Goeglein is the vice president of government and external relations at Focus on the Family in Washington, DC, and co-author of "American Restoration: How Faith, Family, and Personal Sacrifice Can Heal Our Nation."
TOP NEWS