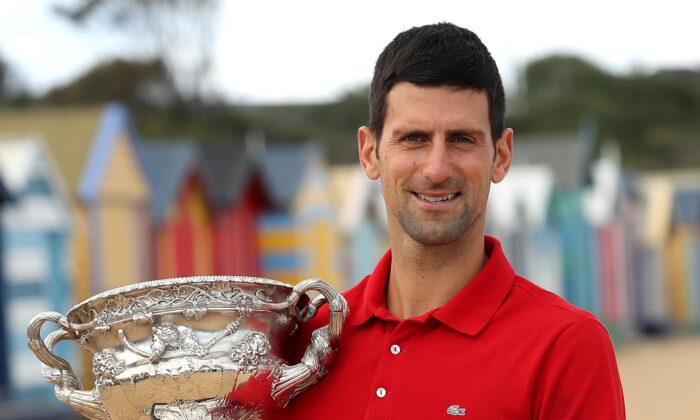 A Serbian View on the Djokovic Debacle

It is a sad day when the future of tennis depends on an arbitrary decision of members of the political class. But this is precisely what happened in Australia when the Federal Court dismissed Novak Djokovic’s appeal against the cancellation of his visa by the Immigration Minister Alex Hawke.

Djokovic’s gracious behaviour following the dismissal, however, was a textbook example of good manners: he wished his colleagues tennis players the best in their pursuit of sporting glory at the Australian Open. Specifically, he said that:

“I respect the Court’s ruling and I will cooperate with the relevant authorities in relation to my departure from the country. I am uncomfortable that the focus of the past weeks has been on me and I hope that we can all now focus on the game and tournament I love. I would like to wish the players, tournament officials, staff, volunteers, and fans all the best for the tournament.”

Although a deported person is banned from Australia for three years, the Prime Minister, Scott Morrison, has since indicated that, if the circumstances permit, Djokovic might be welcomed back much sooner.

Djokovic’s comment that he respects the decision of the Federal Court points to the strength of his character. A person’s character is moulded by the nation of which he or she is a citizen.

Hence, it is appropriate to consider how the Djokovic debacle is viewed in Serbia.

Indeed, it is surprising that nobody in Australia appears to have considered the impact of the visa cancellation on Serbia and Serbians.

It does not come as a surprise to discover that the Serbian people are very displeased with Australia.

To understand the Djokovic affair, it is necessary to ponder the history of Serbia. Serbia and Serbs have a long, rich, and immensely proud history.

Historically, Serbia successfully protected the borders of Europe from Ottomans/Turks for centuries.

The country was an ally of the United States in both world wars, with President Woodrow Wilson raising the Serbian flag over the White House on July 28, 1918, which was declared to be “Serbia Day.”

The American Secretary of State, Robert Lansing, declared at the time that the “honourable Serbian people were forced to defend their country and their homes against an enemy who wanted to destroy them,” and that the Serbian people “sacrificed everything for freedom and independence.”

During the time that Marshal Josip Broz Tito was in office (January 1953 to May 1980), Serbia/Yugoslavia was considered a Western ally.

Then came the tragic 1990s when Serbs were labelled as aggressors by Western politicians and the mass media. As there was no real justification for these allegations, the Serbs lost their sense of identity and pride.

Twenty years forward, Djokovic comes along and becomes the best ambassador that Serbia could ever have. His family struggled financially to pay for his tennis training. He speaks various languages; he is religious; eats healthy food (organic foods and he avoids meat), and he is a loving father and husband.

He also established a foundation that helps people in need and who are less fortunate (including making donations to Australian victims of the disastrous bush fires in 2019/2020).

The Serbs regard Djokovic as an underdog, who surmounted the enormous challenges of life. In Serbia, the number one celebrity is Nikola Tesla, the famed inventor and electrical engineer.

Tesla’s fame is closely followed by Djokovic’s incredible tennis achievements. They both tower over all other Serbian celebrities and achievers. Djokovic is extremely popular in Serbia, exceeding the popularity, not only of Nadal or Federer but also other successful athletes.

Considering what has happened to Djokovic during the last fortnight, the entire Serbian nation suffers with him because it feels that he was unjustifiably denied the basic right to defend his title at the Australian Open.

Serbians believe that he has been arbitrarily denied an opportunity to win the Australian Open for the tenth time. So, in Serbia, people are very mad at the Serbian government for failing to take decisive action against Australia.

They also criticise Australia for using Djokovic as a political football for the purpose of short-term gain.

In Serbia, a general election will be held in April 2022. It is likely to be affected by Djokovic’s Australian treatment. This is because people admire Djokovic so much that they will not forgive nor forget the indecisiveness of the Serbian government during the deportation crisis.

There is, of course, also an Australian election, which may be held soon after the Serbian election. Serbians believe that the abominable treatment of Djokovic will fatally harm the Australian government’s chances of re-election.

Of course, Serbians are also aware that Djokovic himself may have instigated the furore by triumphantly announcing that he had received a medical exemption, enabling him to participate in the Australian Open.

People in Serbia feel that he should have kept a low profile or skipped the tournament and waited for another day to eclipse the twenty grand slams of Nadal and Federer. But an athlete is also a human being who is prone to making mistakes like everyone else.

The message from Serbia is that, with regards to vaccination, the entire world has gone mad. Serbians do not oppose vaccinations, but the “compulsory but not mandatory” mantra, repeated in many countries, reveals an attitude on the part of governments that facilitates the nurturing of totalitarian tendencies.

People in Serbia (and elsewhere as well) feel that the world is changing for the worse. The “rule of law” and basic considerations of decency and compassion are abandoned in favour of untested and experimental strategies, which fatally harm society. Humankind is making expensive mistakes.

There is an expectation that over time, the rupture in the relationship between Serbia and Australia will heal, but the bungled treatment of the Djokovic matter may leave a visible scar for a long time.