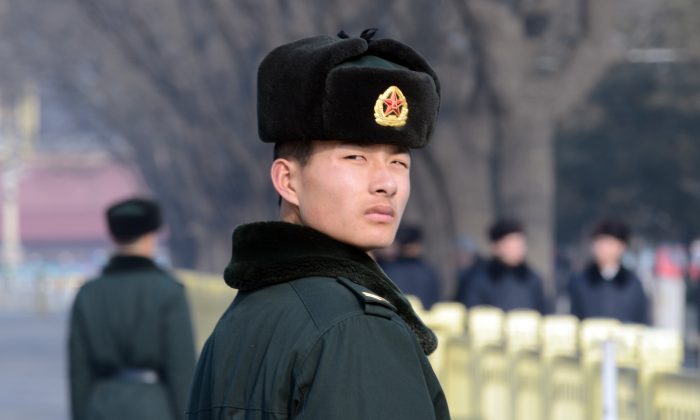 On Aug. 31, Chinese authorities announced that they had punished 197 people responsible for “spreading rumors” on the Internet in relation to the recent stock market turmoil and explosions at a chemical factory in Tianjin. An unknown number of the individuals were arrested; another 165 had their social media accounts shut down.

But precisely what content it was that inspired such a harsh response was not made clear. A report by China Central Television (CCTV) included screenshots, flashed onto the screen as the newsreader spoke ominously of netizens “bewitching the people.” By pausing the video and searching for the posts, it was possible to reconstruct some of what CCTV highlighted as offensive content. A sampling of the items that could be found follows.

The Weibo users contacted by Epoch Times did not respond to enquiries.

User “I Want to Cycle the Heart by Walking”

After the Tianjin accident, there were people praying everywhere. But could the dead come back to life? Thousands have died but the media reported only a dozen deaths. Why couldn’t [the authorities] go after those who were accountable immediately after the accident, but instead were praying? Those poor relief workers, so many of them were killed.

The crash of the stock market must be related a political force that is not known to everyone. Would corrupt elite tigers, who had greatly been affected by the anti-corruption campaign, just sit back and wait until they are taken out? By selling short the stocks, they would like to see how the anti-corruption campaign could continue once the economy had collapsed. Average citizens have become the victims of political infighting. One must be cautious not to become a shield [that bears the brunt of the stock loss] while investing in stocks.

The rise of the stock market is a political mission on the celebration of the 70th anniversary of the resistance against Japan. In the remaining four months of the year, the stock will never surpass the 4,200 mark. The stocks that will do well include companies in the alcoholic beverage industry, banking, e-business and military industry. The key is to look for stocks that are related to holographic 3D smartphones.

Many powerful people both inside and outside of China have decided to sell short Chinese stocks, a dangerous act that could push back the Chinese economy 10 years. The scale this time is even more serious compared to what happened last time in Hong Kong. These powerful people used political power to obtain much information. They took one step at a time, and after they make enough money, they’ll force China to open up its market further ahead of its planned time frame. They’ll use legitimate channels to hijack and send the wealth from the past 10 years [overseas].

Ha, ha, such a large explosion, people at the front line said that there were dead bodies and body parts everywhere. A friend of my older sister, who works at Tianjin Hospital, said there were more [dead bodies] that what the hospital could take in. An entire neighborhood was gone after the explosion and there were at least a few thousand people there. Chinese news are actually trying to suppress the impact of this incident by refusing to report the the actual death toll. If you want to know real casualty number, you should watch foreign media reports. Chinese news reports are simply nonsense.