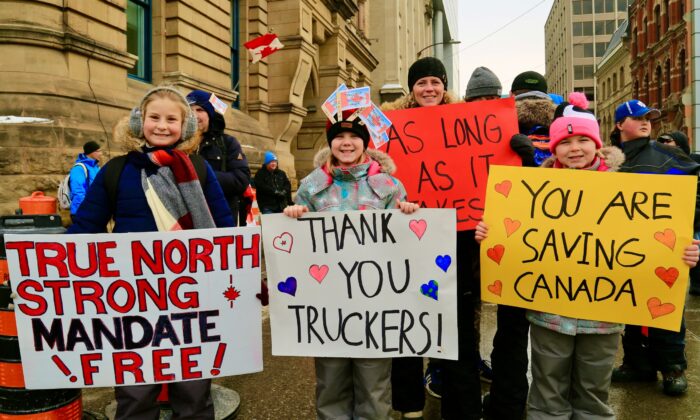 A Salute to Our Truckers 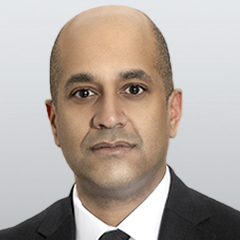 Canada is a magnificent country! But our land can also be treacherous because of its unforgiving weather, bad roads, and vast distances between villages, towns, and cities. I was born and raised a 10-hour drive from the closest next big city, Montreal. Ten hours of sinuous roads and, in winter, driving conditions that didn’t guarantee a safe destination. Accidents were common.

Children know who their friends are. This is why they love firemen, doctors, and policemen. My sister and I also loved truckers. In the back seat of Papa’s K-car with the windows down, we would simulate blowing the horn as my father’s 2.2L Chrysler would overtake a big rig. Oh, the joy when the trucker would pull his air horn!

Two decades ago, fleeing economic stagnation and petty small-town politics, driving down Canada’s most important highway on my way to find work in the big city, I saw it as a good omen when, approximately four hours from my destination, every three big rigs I passed were driven by people who looked like me—proud men of colour, often wearing turbans. Those good-paying blue-collar jobs, such as truck driving, weren’t available in those days in my beloved small town to people who looked like me. With that omen, I knew I’d get my chance for a better life in Toronto!

When you live in Canada’s biggest metropolis truckers are a fact of life, but their function does not come with a lot of thought or appreciation. Truth be told, they are somewhat taken for granted. We all know it’s a hard slog, but what isn’t, we wonder? As a lawyer, I’ve often acted for truckers and trucking companies. Sometimes they have issues with the regulators, or sometimes they have serious business disputes among themselves. Other times, we help truckers with regularizing or completing their immigration processes to remain in Canada.

It’s the pandemic quite frankly that made our truckers heroes again in my eyes. In the early days of the first wave, when the ugly videos of people dying in the streets of Wuhan, China, or deaths in the hospital wards of Italy became a daily reality, my business partner and I talked about what to do. In business, you try to prepare for every contingency. With the pandemic looming, deals were going cold and panic was hitting the streets. The first question we had to grapple with was: How long can we survive without a penny coming into the piggy bank? We also wondered, even if we could be ready for every contingency, how would society work itself through this without everything falling apart?

Thank the Lord for our first responders and essential services!

Before vaccines were available—and let’s not forget that Canada was one of the worst G7 jurisdictions in terms of early procurement of the vaccines, with Justin Trudeau initially trying to make a deal with the Chinese Communist Party, the same regime that caused havoc on the planet by unleashing the coronavirus—it was the brave police officers, plumbers, electricians, medical service providers, construction workers, food service providers, and yes, truckers, who kept our economy going. They braved the pandemic at the risk of their own lives, keeping all of us fed, connected, and safe.

Early pandemic news stories noted how truckers had to relieve themselves in the woods while out on their runs because they couldn’t find a bathroom to access, as most were closed. These men and women could have sat at home and accepted government money, like many others; but in line with how most small business folk think, the truckers were too brave, too proud, and too determined for that.

The biggest expense for any trucker is fuel. Fuel costs all across North America have gone through the roof. Truck maintenance costs have gone through the roof as well. Woe betide the trucker who needs a new engine or a new transmission. They live their lives, especially the small owner-operators, a few dollars away from ruin. But they keep at it, they keep on trucking!

How did we get to this, in these hopefully waning days of the pandemic, when essential service providers are now pitted against each other—our brave truckers in a face-off with our brave police officers?

While mandates, lockdowns, and vaccine passport requirements are finally starting to disappear from states and provinces across North America, Trudeau could have easily rewarded our protesting truckers with a caring ear and with plans to draw down the nanny/police pandemic state. Instead, he doubled down and falsely accuse the protesting truckers of being Nazis, racists, and extremists.

Everything is politics nowadays, and for political expediency Trudeau decided to throw these mostly private sector service providers under the proverbial bus. His approach is unfair and unconscionable.

While I hope that the outcome of Trudeau’s political move will not lead to unnecessary bloodshed, his recklessness could serve to tip the scales for the worse. We are all waiting on pins and needles hoping for the safest outcome.

Over the years, Canada has not been spared the horrors of terrorism, such as the 2017 Quebec City mosque shooting, the École Polytechnique massacre in Montreal in 1989, and the October Crisis in Quebec in 1970, which resulted in the kidnapping of British diplomat James Cross and the cowardly murder of Quebec deputy premier Pierre Laporte.

What is happening with the truckers is not terrorism and should never justify the same state response that insurrections like the FLQ crisis brought to bear—namely Canadian soldiers and police carrying out mass arrests on the streets of Montreal.

I’ve searched media for actual incidents of real violence from the truckers and I can’t find any. The average Vancouver, Toronto, or Montreal gang fight or bar brawl causes more trips to the emergency room than thousands of truckers protesting. If the trucker protests thus far can be qualified as violent, then any two regular, ordinary citizens protesting would fit the definition of insurrection or terrorism.

Trudeau and his impatient supporters, such as former Bank of Canada governor and said to be aspiring prime minister Mark Carney—supported by the Toronto editorial class—have put our truckers in a bind. At risk is the safety of the truckers and the safety of law enforcement. Canada has multiple examples of manipulative politicians using protest as a tool to goad law enforcement into taking drastic positions—the 1990 Oka Crisis, a First Nations protest that resulted in the tragic death of a Quebec police officer, comes to mind.

In the case of the truckers, it makes you wonder who it is that is actually fomenting violence and danger. For now, even though the situation is in constant flux, I place the blame on Trudeau.

Joel Etienne
Follow
Joel Etienne is a Toronto based human rights lawyer, and television and movie producer. He is also the Conservative Party of Canada's candidate of record for the riding of York Centre.