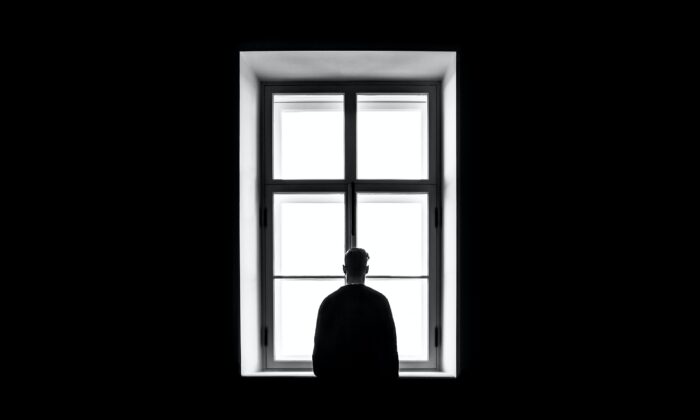 A Recession of the Human Spirit

As predicted, the Biden administration has spent the better part of the past week explaining that even if the Commerce Department’s July 28 U.S. second-quarter gross domestic product (GDP) figure is a negative number, it doesn’t mean that we are in a recession.

During this time, the White House has been gaslighting the public on the definition of recession. It’s a “rule of thumb” that recessions are marked by two consecutive quarterly declines in output, at least according to all mainstream texts for many decades.

That’s precisely what is likely to be revealed unto us.

It’s also true that the term recession, as with many terms in the economic lexicon, has no strict and technical definition. It’s a synonym for a persistent downturn and nothing more. And here is where things get mucky. Surely a downturn would be marked by high unemployment, says the White House, and that’s not the case currently. The unemployment rate is below what used to be called “full employment.”

Labor force participation among prime-age workers has yet to fully recover from lockdowns. Worse, the trend is going in the wrong direction, which is to say that the health of that sector is worsening.

Let’s have a look at hours of workers on non-farm payrolls. This is an indicator of what is called recession that closely parallels output as measured by GDP. In every declared recession since 1965, the annual change in payrolls has fallen into negative territory. In no case has such a fall happened that didn’t trigger the recession announcement.

If the Biden administration wants to make a case that we aren’t there yet, it could point to payrolls to show that while they are falling seriously in the rate of increase, they haven’t actually shrunk yet.

The trendline here, however, is also disturbing. And there is plenty of time before November for the labor markets to register worse trends, which would absolutely codify a new recession. And it would be of that special sort that we have not seen in 40 years: a recession combined with inflation often called stagflation.

We observe this already in many sectors where prices are rising while demand is falling. This is something that is unusual: an aggregate supply curve actually shifting to the left. Less is being supplied at higher prices. That goes against what all our casual intuitions suggest should be happening. It’s occurring in energy, housing, transportation, and durable goods.

Not to put too fine a point on it, but that indicates what everyone dreads the most: We are in general getting poorer.

Another reliable indicator of recession is business confidence, and here too there are very strong signs of decay. In every negative period of manufacturing confidence loss since 1960, we have experienced recession.

But that’s just on the producer’s side. The consumer side actually looks much worse; the trendline is absolutely ghastly. Essentially, it’s worse now than in anyone’s living memory, as measured by the OECD. All of which speaks to a much larger and more spiritual issue behind these hard times. The population of the United States and most of the rest of the world is demoralized, lacking in confidence in the future, shaken by regime instability, lacking in hope, drained of ambition, and overcome with disorder. This is the conclusion that all these data point to: a genuine spiritual crisis. You can’t have a growing and healthy economy under these conditions.

There is no getting around the real problem. It all traces to March 2020, when most governments in the world decided to throw out all law, liberty, and tradition, lock people in their homes, invade their property rights, and shut down normal life itself, all in the name of controlling a virus that came, did its damage, and became endemic anyway. It created not only a public health crisis but an economic one too.

More profoundly, we live in times of grave disorientation on a scale that none of us has ever experienced. The consequences for our lives, and particularly for the young, are brutal to contemplate. Why start a business when it can be shut down? Why work hard with ambition if you can suddenly be labeled nonessential? Why speak out when you only get canceled for your views?

So, yes, this is a recession, but it’s one that goes far deeper than dollars and cents. It’s a recession of the bright outlook on life in a culture of hope, enterprise, and building for the future. All of that came crashing down when governments of the world decided to follow the Chinese Communist Party’s model and shred every bit of normalcy we had come to expect.

And please don’t blame the virus. The problem was and is the response to the virus by public health officials. Too much time went by during which they were allowed to operate as masters of the universe and outside of all law and legislation. Legislatures, courts, and people should have risen up. But even then, it’s not clear it would have worked. The problem traces to an administrative state that has gradually grown up within once-free societies that had its day and strangled civilization and progress.

The recession is just another word for the price we pay for disastrous policymaking and its profound impact on the human spirit. Regardless of what the GDP says this quarter or next, this is a much greater problem. It can’t be fixed by any government program. The urgent need to restore hope itself is the all-consuming task of the day.