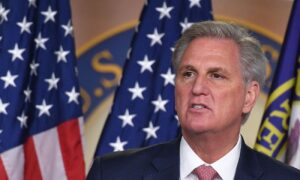 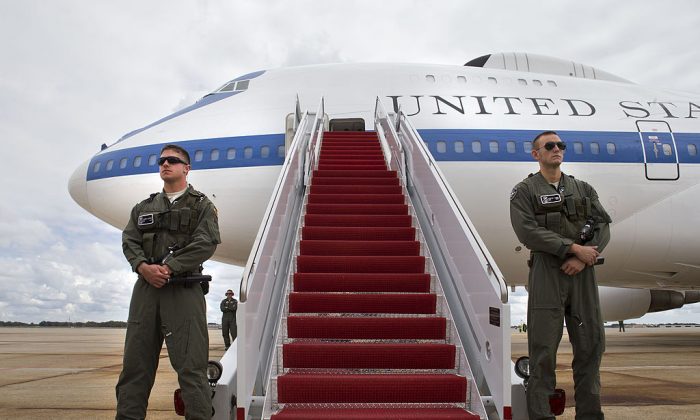 The Air Force revealed the inside of the E-4B, a plane that can keep the government functioning and president safe in the event of a nuclear war.

The E-4B fleet has been in operation since the Cold War. The plane designed to keep the president and critical staff members safe in the skies. The president, Joint Chiefs of Staff, and the secretary of defense can strategize and communicate commands aboard the plane. One in the E-4B fleet always follows the president on his trips aboard Air Force One. And one always has its engine running on the ground so it can quickly reach the president if ever needed.

When they are in the skies and operational, they are known as National Airborne Operation Centers. Colloquially they are known as “Nightwatch” or “Doomsday” or even “Air Force One When It Counts,” the New York Post reported. The E-4B fleet was previously scheduled for retirement, but the planes’ unique capabilities led the government to keep them in operation. Only one of them has been retired so far. There are four remaining.

The onboard flight instruments are low-technology analog because they are more resistant to cyberattacks. Though it has never been tested, the planes are designed to stay in the air for a week. They can refuel from the sky. The longest they have actually been in the sky is 35.4 hours, the Daily Mail reports.

The comforts of the president’s own Air Force One plane are largely absent from the E-4B. The E-4B is geared toward survival and function. It’s a Boeing 747-200 outfitted for the task. According to the U.S. military website, it has six on board areas that include a “command work area, conference room, briefing room, an operations team work area, communications area, and rest area.” Depending on the circumstances, up to 112 people can sit aboard the four-engine aircraft.

The unique protruding hump at the top of the aircraft toward the front houses satellite dishes and other communication devices that need a clear line of sight, photos via CNET show. There are smaller protrusions for other communication equipment along the body of the plane. The Air Force Global Strike Command manages the E-4B fleet, and needs just 15 minutes to get one of the planes flying out. The planes and their teams are operational 24 hours a day, with a shift of specialists constantly on duty.